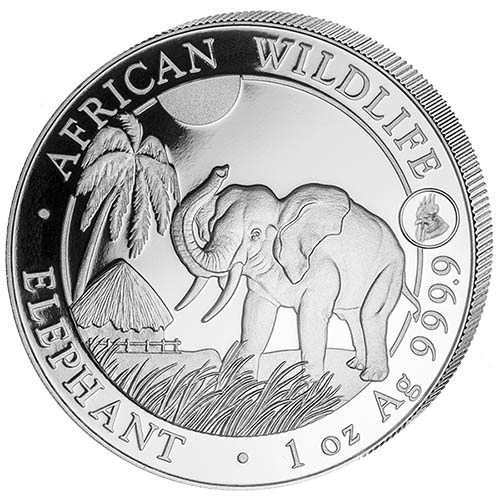 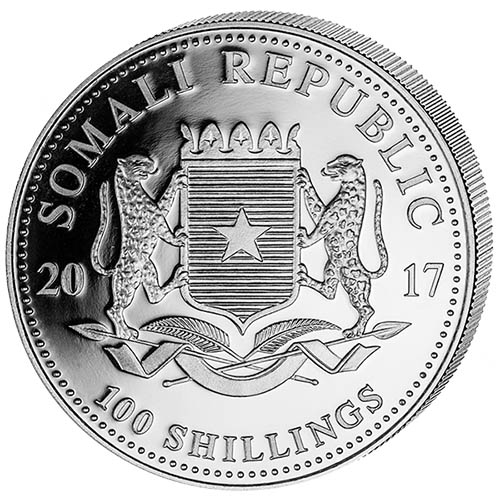 The Somalia Silver Elephant is one of the worlds more popular silver coins for sale. The annual release of these coins is highly anticipated because the Bavarian State Mint of Germany, responsible for the coining of these bullion products, introduces a new African elephant design each year. Like many other mints, the Bavarian State Mint incorporates popular Zodiac themes into the design of its Silver Elephants. Right now, 2017 1 oz Somalia Silver Elephant Rooster Privy Coins are available to purchase online from JM Bullion.

Each of the 2017 1 oz Somalia Silver Elephant Rooster Privy Coins in this listing is available in Brilliant Uncirculated condition. These coins are available to you with individual protective capsules and were issued in 2017 with a limited mintage figure. Just 15,000 coins with a Rooster Privy were produced during the Year of the Rooster.

The animals of the Zodiac have become increasingly popular with each passing year. Following the smashing success of two separate programs from the Perth Mint, mints around the globe such as the Royal Mint of England, Royal Canadian Mint, and others have released Zodiac coins or privy marks on existing coins.

On the reverse of 2017 1 oz Somalia Silver Elephant Rooster Privy Coins is the image of the largest land mammal in the world. African elephants exist as two separate extant subspecies, both of which rank among the largest animals walking on land today. The bush elephant is the largest, while the smaller forest elephant is the third-largest.

This side of the coin features an African elephant standing on the plains of the Serengeti as it lifts its massive trunk into the air over its head. In the background, a native grass hut with a thatch roof has been constructed under the shade of a tree. To the right side of the design field, there is a small privy mark featuring the head of a rooster in honor of the 2017 Year of the Rooster.

The obverse of 2017 Somalia Silver Elephant Rooster Privy Coins includes the coat of arms for the Somali Republic. The coins face value is inscribed on this side of the coin along with the date mark of the coins.

Eric from - July 27, 2019
"Love these!! They came in perfect condition and I think this is a beautiful coin. -1 thing to note - the description says these are marked at 1,000 shillings: False! As you can see from the photos they are 100 shilling coins! Beautiful non-the-less!!!"