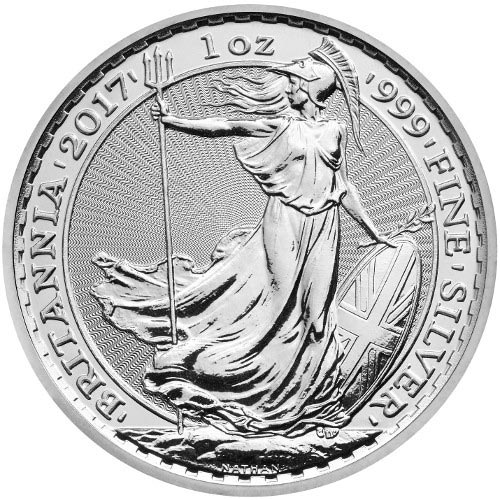 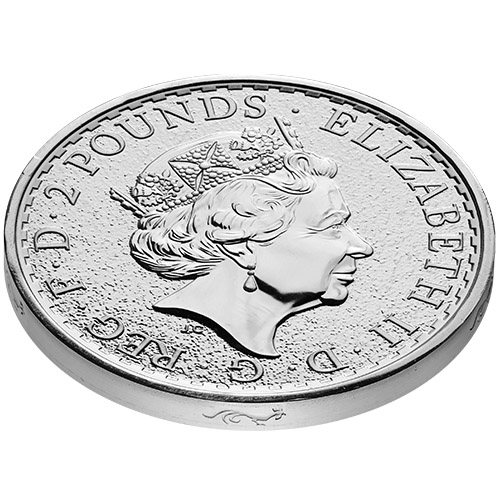 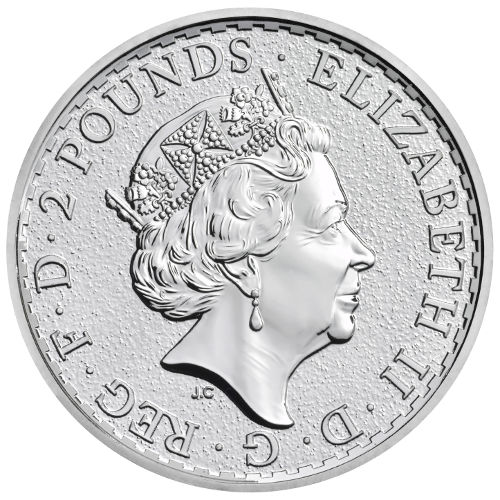 The Britannia coin series debuted in 1987 as a gold bullion coin from the Royal Mint, with the silver bullion version of the coin arriving in 1997. This is the 20th anniversary release of the Silver Britannia, and also the fifth year the Royal Mint has unveiled its Lunar Privy Britannia coins.

2017 marks the Year of the Rooster on the Chinese Lunar Calendar, and since 2013 the Royal Mint has been striking the Silver Britannia coins with an edge privy mark representing the animal on the Zodiac for each release year. The Year of the Rooster is represented on the edge of each of these 2017 1 oz Rooster Privy British Silver Britannia Coins with small rooster privy marks.

On the obverse of all British Silver Britannia Coins you’ll notice the effigy of Queen Elizabeth II. This is the definitive fifth-generation depiction of the world’s current longest reigning monarch. Elizabeth II ascended to the throne in 1952, and this 2015 design from Jody Clark marks the fifth depiction of Elizabeth II used on Royal Mint coins.

The reverse of each 2018 1 oz Rooster Privy British Silver Britannia Coin features the dominating figure of Britannia. Originally known to the Romans as a goddess, the people of ancient Britain viewed her as a protector of their island. Britannia cuts an imposing figure with a Corinthian helmet, shield in her left hand, and a trident in her right.

All 2017 British Silver Britannia Coins in this listing are in BU condition. Coins in this condition show no signs of wear and tear, though you may find minor flaws from the striking of the blanks. These flaws are limited to breaks in the luster, spotted surfaces, or contact marks.

The Royal Mint was originally founded in the 8th century as the London Mint. Since the 12th century it has been the sole, sovereign minting facility of the United Kingdom. Today, its primary facility is in Wales.

We encourage JM Bullion customers to contact us with questions at 800-276-6508. You can also connect with us online through our live chat and email features.