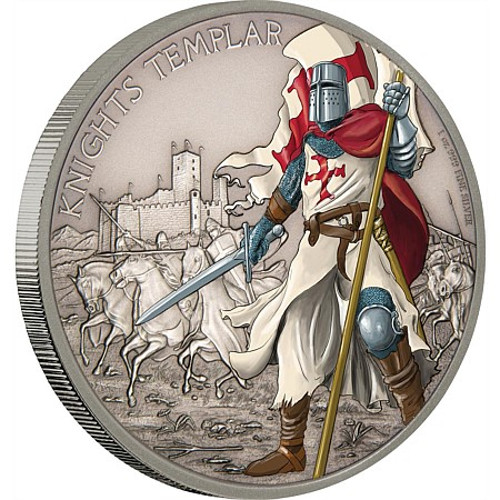 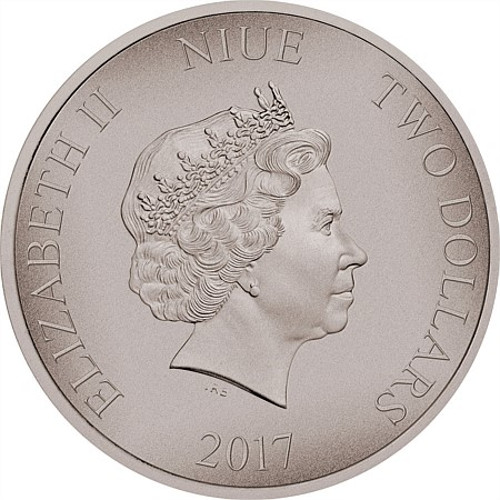 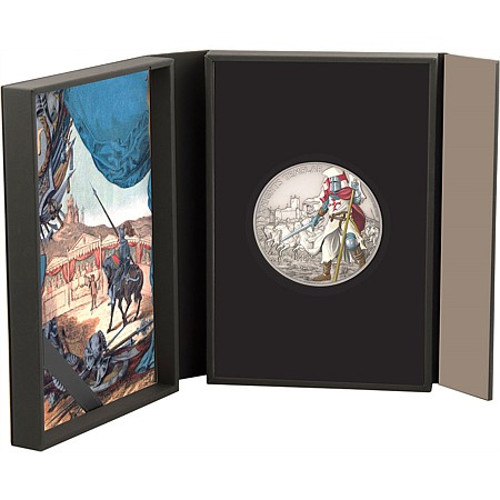 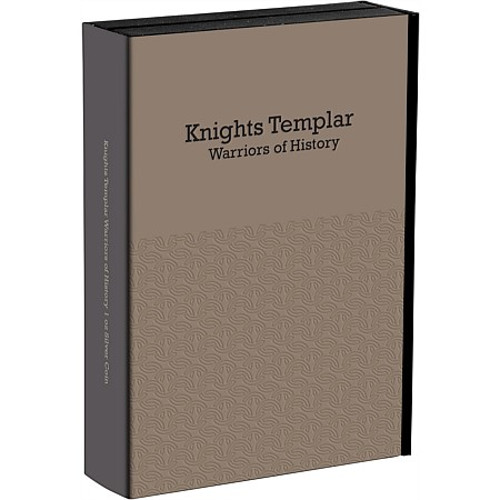 The Knights Templar were first established during the Crusades to protect Christian pilgrims as they traveled to the Holy Land, keeping them safe from the turmoil that engulfed the region at that time. The Knights wore distinctive uniforms consisting of a white tunic with a blood-red eight-pointed cross on the front. Each member of the Knights Templar had sworn to die for their faith.

As the 12th century approached, the Knights Templar took on a greater military duty in the Middle East as part of various Crusades. These heavily armored knights would ride their warhorses into battle, charging enemy lines in an attempt to break through the opposition and became known as extremely fierce warriors.

All 2017 1 oz Niue Silver Warriors of History Knights Templar Coin arrives inside of a rectangular themed box that includes a textured cover. On the inside, your coin sits nicely inside a black velvet circular holder with full-color artwork and includes an individually numbered Certificate of Authenticity.

On the reverse of the Knights Templar Coin youll find the image of soldier from the Templar Order. His full-color uniform is brilliantly visible, and set against the antique-finished background that depicts the Knights Templar as they ride their warhorses into battle.

The obverse of the 2017 1 oz Niue Silver Warriors of History Knights Templar Proof Coin features the right-profile effigy of Queen Elizabeth II. Her Majesty appears on the obverse of all commonwealth coinage, with this current depiction from 1998. It was created by Ian Rank-Broadley as the fourth-generation depiction of the Queen.

Please direct your questions to JM Bullion customer service at 800-276-6508. Were also available online through our live web chat and email address.

Kevin from - January 04, 2020
"Love this coin! the color detail was done very tastefully."