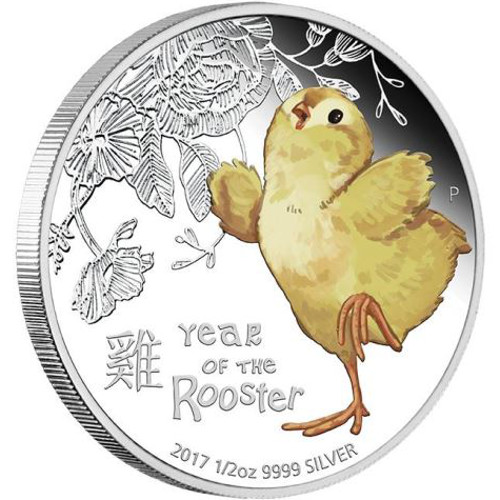 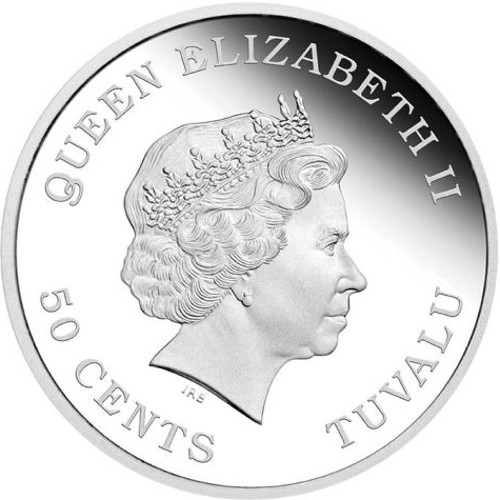 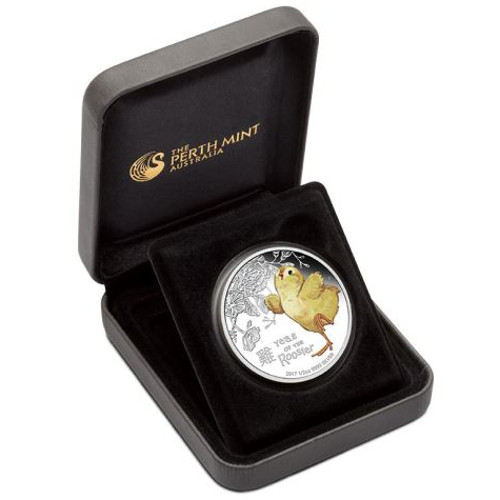 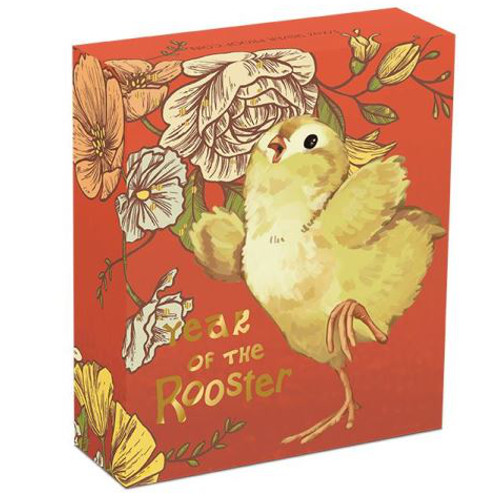 The 2017 celebration of the Year of the Rooster at the Perth Mint continues with the release of one of the programs most unique offerings. Colorized coins, gilded finishes, and high relief strikings are not new to the Lunar Series II collection, but oz Proof Colorized Baby versions of the popular releases are a relatively new offering. Today, the 2017 oz Proof Colorized Australian Baby Rooster Silver Coin is available from JM Bullion.

The Year of the Rooster release from the Perth Mint contains the usual silver and gold coins in both bullion and proof, but the 2017 oz Proof Colorized Australian Baby Rooster Silver Coin is something different altogether. A proof specimen featuring a colorized finish, it offers a oz weight compared to larger coins in the series and is struck for Tuvalu rather than Australia.

Each 2017 oz Proof Colorized Australian Baby Rooster Silver Coin in this listing ships in a black clamshell box courtesy of the Perth Mint. Your coin includes an individually numbered Certificate of Authenticity as well.

The reverse of the Baby Rooster Silver Coin features the colorized image of a young rooster chick, with soft white-and-yellow feathers. The chick, like roosters on the other silver and gold designs, is featured with its wings spread while standing on just one leg. Engravings include the Year of the Rooster and the Chinese symbol for rooster, as well as a collection of flowers in the background.

Perth Mint is a state-owned entity of Western Australia that originally opened in 1899 as a part of the British Royal Mint system. Now the oldest operating facility in Australia, the Royal Australian Mint is the only other operational mint in Australia beside the Perth Mint.

Please direct your questions to JM Bullion customer service at 800-276-6508. You can also connect with us online through our live web chat service and our email address.