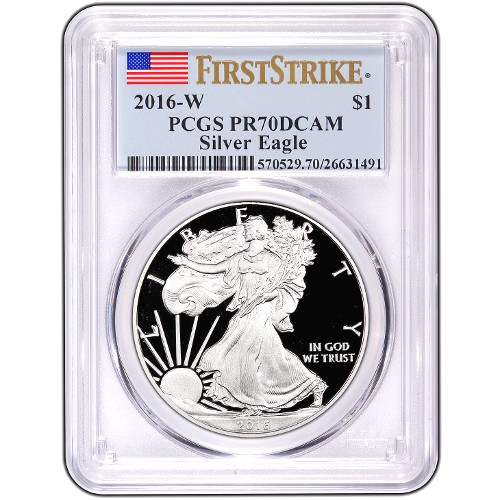 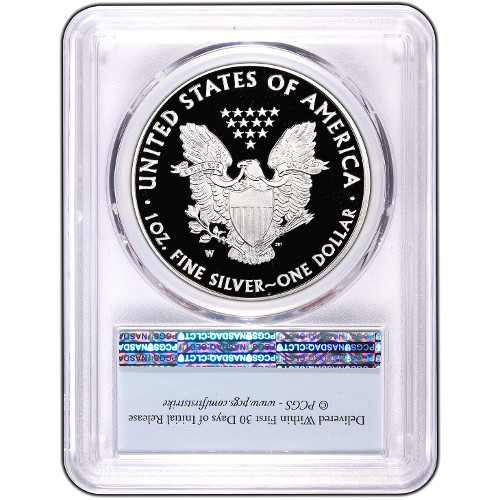 Each of the 2016 Proof American Silver Eagle coins in this product listing is a perfect proof according to the PCGS. Coins with a PR70 grade from the PCGS have full, original mint luster and lack any detracting flaws on the surfaces.

A First Strike coin is a product that arrived at the PCGS depository, or an authorized third-party location, within the first 30 days of the release date set by the United States Mint for 2016 products.

The 2016 Proof American Silver Eagle marks the 30th anniversary of the coin program. For this year’s proof release, the US Mint is using its first-ever edge lettering in the series to mark the date with a special text.

All 2016 Proof American Silver Eagle coins are a product of the United States Mint. While numerous facilities contribute to bullion coin production, the proof coins are exclusively struck at the West Point Mint and bear a “W” mint mark.

We encourage JM Bullion shoppers to reach out to our customer service department with questions. You can reach us at 800-276-6508, connect with us online through our live chat, or send us an email with your inquiries.