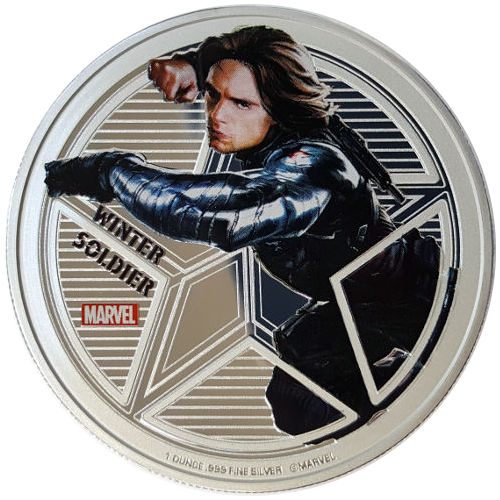 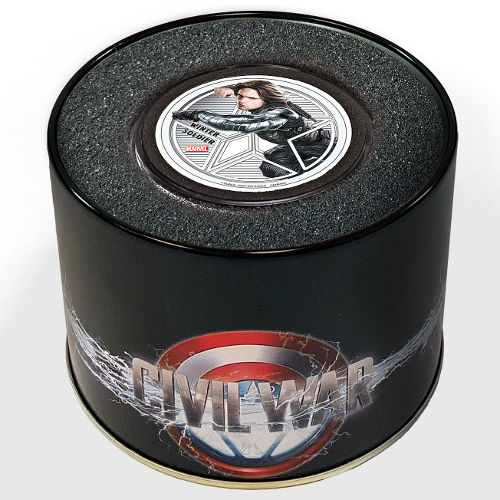 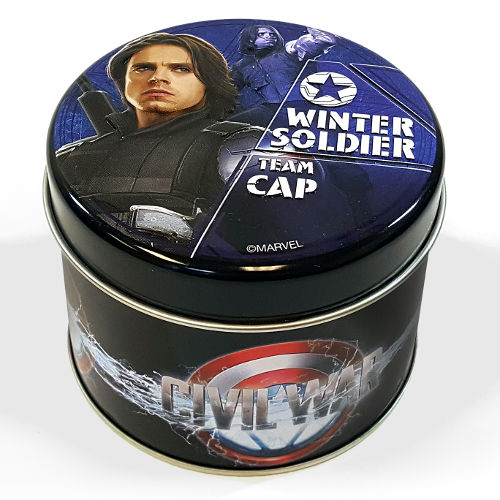 With the release of the Captain America: Civil War feature film in 2016, the stable of Marvel Universe comic-based films is growing. In this installment, Captain America and Iron Man find themselves on opposite sides as the Avengers face a new challenge in their objective of protecting humanity.

The Winter Soldier is a former friend of Captain America who was separated from the Allies during war, only to be rescued by the Russians and remade into a programmed assassin. As the US government pushes for oversight of the Avengers, Iron Man sides with the government while Captain America looks for more freedom in fighting evil. With the two heroes at odds, the Avengers find themselves split in their allegiances.

On the obverse of the 2016 1 oz Proof Fiji Captain America: Civil War Winter Soldier Silver Coin is the image Bucky Barnes, the man better known as the Winter Soldier. Barnes is colorized to bring his character to life, while engravings include his name and the comic franchise logo for Marvel.

The reverse side of this stunning proof coin features the Fijian crest, which includes two traditional Fijian warriors holding a heraldic shield containing images representative of the nations culture.

If you have questions about these exciting coins, please dont hesitate to ask. JM Bullion associates are available at 800-276-6508, online using our live web chat, and via our email address.