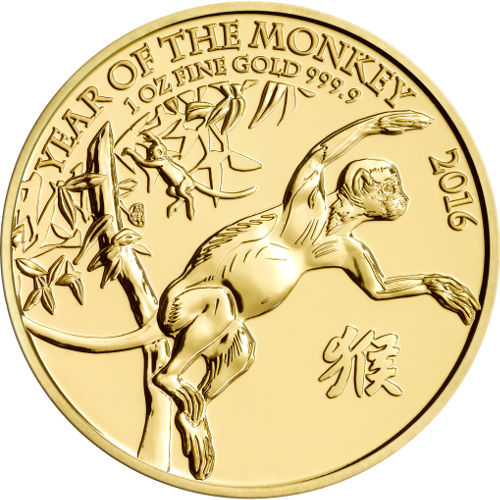 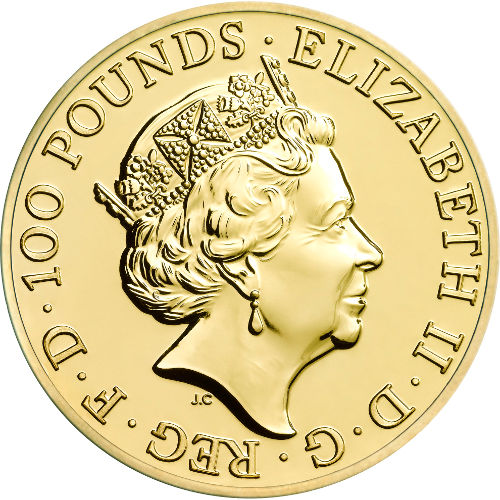 Lunar Series products from mints around the globe are some of the hottest sellers right now in the precious metals marketplace. The Royal Mint in the United Kingdom may have arrived late for the game, but it is offering some of the finest lunar series coins available. Today, the all-new 2016 1 oz British Gold Monkey Coin is available through JM Bullion in Brilliant Uncirculated condition.

The Shengxiao Series is the official name of the Lunar Coin Series from the Royal Mint. These coins all feature designs representing various animals, and are released to coincide with the appearance of that creature on the Chinese Lunar Calendar. The mint launched its Lunar Series in 2014, making this coin the third in the program.

British-Chinese artist Wuon-Gean Ho is the artist behind all of the reverse designs, including this latest one for the Year of the Monkey. On the obverse, the image of Queen Elizabeth II has been updated for the first time in 28 years. Ian Rank-Broadley’s fourth-generation depiction of the Queen is gone, replaced by Jody Clark’s design as the fifth iteration.

On the reverse face of the coin is the image of a monkey as it leaps from one tree to the next. In the background, another monkey can be seen dangling from the trees in a playful mood. Engravings include “Year of the Monkey,” the year of issue, and the Chinese symbol for the creature.

The obverse bears Clark’s all-new design for Queen Elizabeth II’s portrait. Featuring the face value and the Queen’s name, this is the fifth design update to the series during the monarch’s 63-year reign.

The Royal Mint has served as the official mint of the United Kingdom since the 8th century. Once referred to simply as the London Mint, it has achieved a global reach in the past in colonies that included Canada and Australia.

Please direct all of your questions to a JM Bullion customer service associate. We’re available on the phone at 800-276-6508, online using our live chat, and via email. Check out our full selection of British Gold Coins if you are looking for similar products.