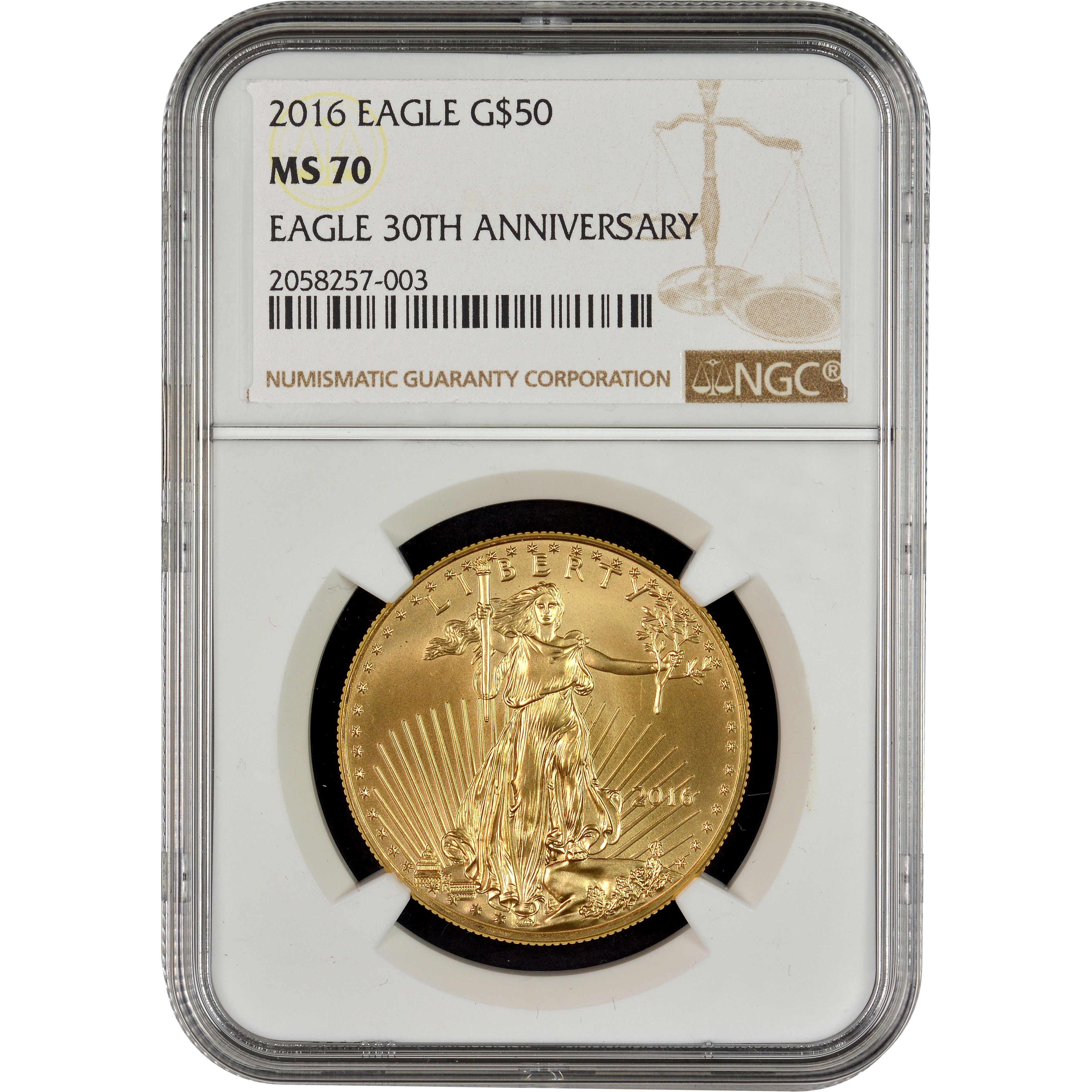 Bearing the most popular coin design from American history, the American Gold Eagle coin is not just the official gold bullion coin of the nation, but also serves as a reminder of American freedom and democracy by all who see it. As the Gold Eagle enters 2016, the United States Mint celebrates the 30th anniversary of these iconic coins. Right now, JM Bullion offers the 2016 1 oz American Gold Eagle coin in perfect condition.

Each 2016 1 oz American Gold Eagle in this listing is a perfect Mint State 70 product. According to the NGC, these coins exhibit full, original mint luster and lack any type of contact marks, blemishes, spotted surfaces, hairlines, or other detracting flaws.

On the obverse of the coin is Lady Liberty, featured in full-length figure with her hair flowing in the breeze as she strides forward from Washington D.C. to lead a young nation into an unknown future.

The reverse features the image of a family of nesting bald eagles. Created by Miley Busiek, this design includes a male bald eagle returning to the nest with an olive branch, where a group of hatchlings is closely guarded by a vigilant female bald eagle.

All American Gold Eagle coins are now produced at the West Point Mint facility, which is also in charge of production for the popular American Silver Eagle and the American Gold Buffalo coin.