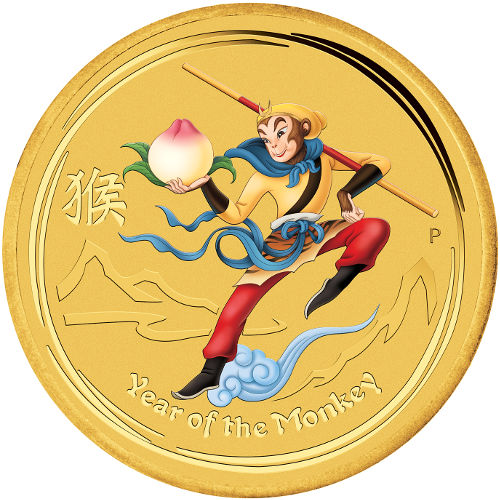 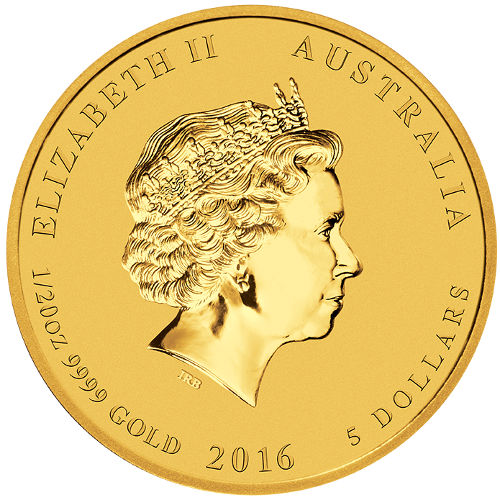 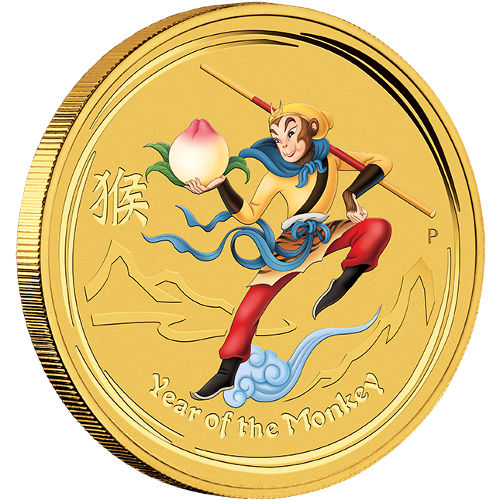 There’s a new release in the Perth Mint’s Lunar Series II program, and this time the mint has outdone itself with something completely different. Stepping outside of the traditional design themes, the mint is releasing a second Year of the Monkey design inspired by the tale of the Monkey King. Today, the 2016 1/20 oz Australian Gold Lunar Monkey King Coin is available from JM Bullion with a BU grade.

Each of the 2016 1/20 oz Australian Gold Lunar Monkey King Coins available to you today are Brilliant Uncirculated coins. Any product with a BU grade features no signs of wear and tear, however you may notice minor flaws such as breaks in the luster, spotted surfaces, or the presence of contact marks from the coining process.

On the reverse side of the 2016 1/20 oz Australian Gold Lunar Monkey King Coin you’ll find the colorized image of the Monkey King, otherwise known as Sun Wu Kong. The story of the Monkey King was first told in the novel Journey to the West, which followed a monk on his journey to India to retrieve Buddhist scriptures.

The obverse of all 2016 Australian Gold Lunar Monkey King coins has the image of Queen Elizabeth II. Captured in right-profile relief, this portrait has been in use since 1998 when it was created by Ian Rank-Broadley for use on all commonwealth coins as the fourth-generation image of Her Majesty.

Located in Perth, Western Australia, the Perth Mint stands today as the oldest operating facility in the nation. It was originally part of the Royal Mint system established by the British Empire, but today operates independently of the newer Royal Australian Mint system. All Perth Mint coins enjoy legal tender status under the Currency Act of 1965.

If you have questions, we encourage you to contact JM Bullion customer service. Our team members are available on the phone at 800-276-6508, online using our live web chat, and via our email address.