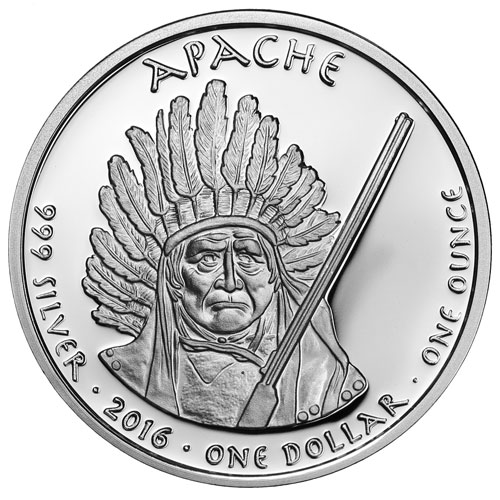 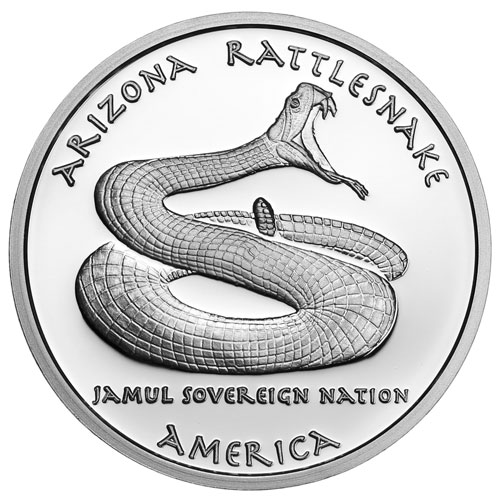 If there was one thing more fearsome in the Old West than a rattlesnake bite, it was the ferocity with which the Apache fought to protect their native homelands in the American Southwest. As the Native Dollar Series from the Native American Mint rolls on in 2016, the latest release in the series honors one of the most well-known tribes from the American Southwest. Today, the 2016 1 oz Proof Arizona Apache Rattlesnake Silver Coin is available for purchase from JM Bullion.

The Native Dollars Series from the Native American Mint is designed to represent the different states of the United States with a particular tribe known to have lived or currently reside within its boundaries. Additionally, the reverse design of each highlights an animal either native to the local environment or important to the survival and culture of the tribe.

Apache peoples are actually a culturally related group of Native American tribes found throughout the Southwestern United States and northern Mexico. These people have been in the region for centuries, and shifted from fighting the incursions of the Spanish and Mexican armies during the 17th century to fighting the United States Army during the American-Indian Wars of the mid-19th century.

Today, Apache groups can be found predominantly throughout Arizona, New Mexico, Colorado, Texas, and Oklahoma in the US, as well as the states of Chihuahua, Coahuila, and Tamaulipas in northern Mexico.

On the coins obverse, youll find the image of an Apache tribal member, along with the engravings that identify the Native American tribe and the coins purity, metal content, year of issue, value, and weight.

The reverse features the image of a rattlesnake, one of the southwests deadliest creatures. Engravings on this face are consistent with other coins in the series, identifying the state and animal in question, as well as the name America.

Native American Mint Native Dollars coins have a face value of 1 Dollar, but as the United States Mint is the only American mint with the authority to strike legal tender coins, there is no official face value to these coins.

Please contact JM Bullion with your questions at 800-276-6508, online using our live chat, or via our email address.