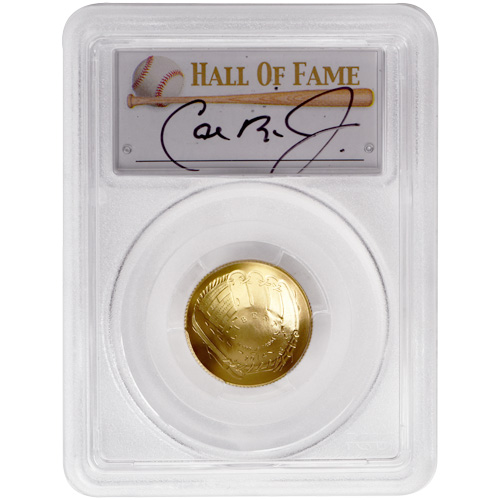 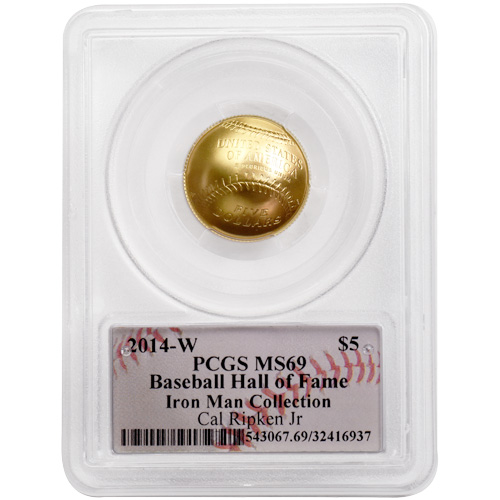 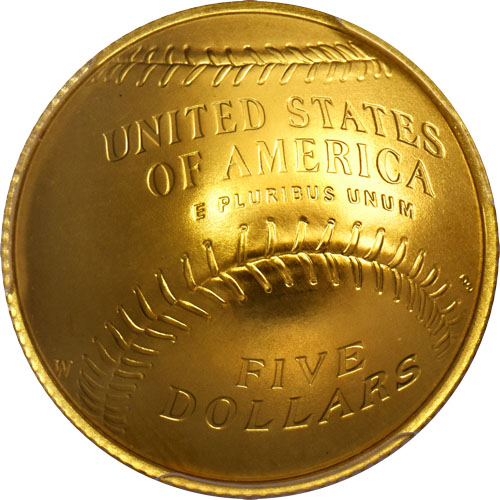 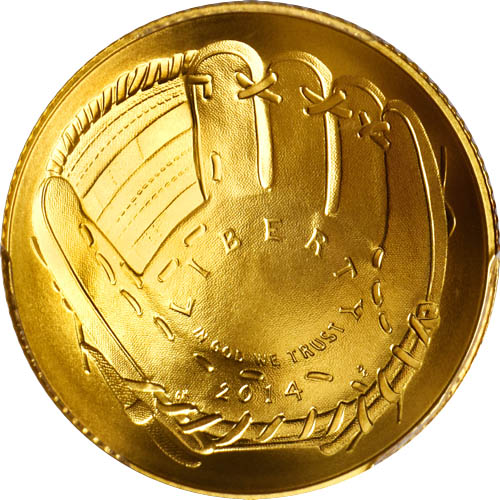 The first domed coin releases from the United States Mint came in 2014. The coins were issued in honor of the National Baseball Hall of Fame. The coins were available in several options, including a collectible gold bullion coin. Now, 2014-W $5 Baseball HOF Gold Coins in near-perfect condition are available to you for purchase online at JM Bullion.

Obverse designs on the 2014-W $5 Baseball HOF Gold Coins include the image of a baseball glove. To enhance the visual effect that a ball could drop into the field of the coin and be caught in the glove.

Reverse visuals on 2014-W Baseball HOF Gold Coins feature the detailed stitches of a baseball. This side of the coin is the convex, or domed, side. The domed field on this side helps bring greater 3D relief to the design element for a realistic finish.

These 2014-W $5 Baseball HOF Gold Coins are available to purchase in near-perfect condition. Coins with a Mint State 69 certification showcase full, original mint luster, but also have a maximum of two minor detracting flaws. Those flaws are limited to minuscule contact marks or hairlines and must be outside of the primary focal points of the coin. These gold coins have 90% gold with 10% copper.

JM Bullion customer service is available to assist you with questions at 800-276-6508. Our team is also available online using our live chat and email address features.