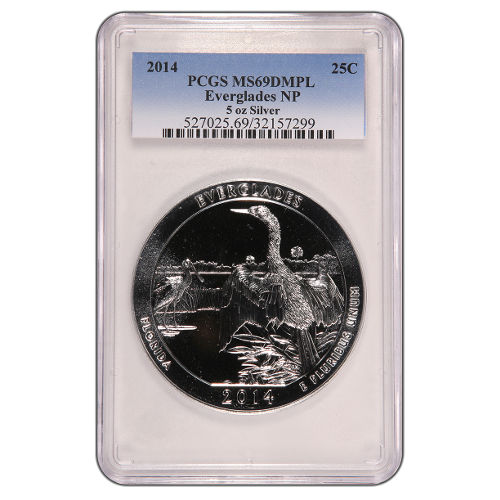 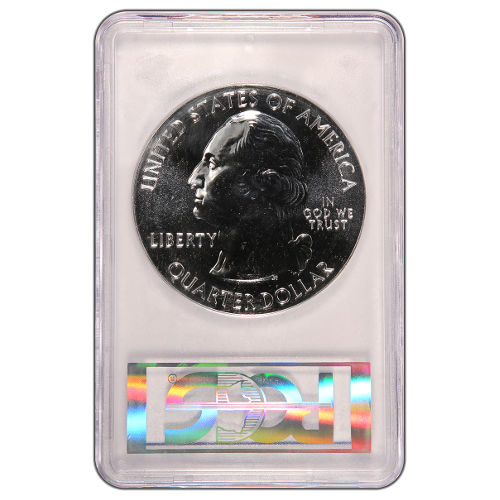 The United States Mint introduced the America the Beautiful coin series in 2010 to honor the various people, moments, and places from American history that contributed to the nations formation and growth. From the fifth year of the series, the 2014 5 oz ATB Everglades Silver Coin is now available from JM Bullion.

The first coins in the America the Beautiful series were struck and released in 2010. The program is scheduled to run through 2021, and will eventually celebrate people, places, and moments in American history representing each of the 50 US states, the District of Columbia, and the nations five territories.

Each coin available in this product listing has been given an MS69 grade from the PCGS, indicating that each has its full, original luster. However, each coin may have a maximum of two detracting flaws, contact marks, or blemishes, with none visible in the coins primary focal areas. Although not a proof coin, these coins do have a deeply-mirrored, proof-like finish reminiscent of proof coins.

The final coin struck in the 2014 series, these coins represent Floridas Everglades National Park. The Everglades cover 1.5 million acres of sawgrass and mangrove forests in Southern Florida. American crocodiles, panthers, frogs, shellfish, and turtles are some of the many creatures found in the park.

The United States Mint uses coining presses at the Philadelphia Mint and San Francisco Min to help produce the America the Beautiful coin series. If you have questions about these products, a JM Bullion associate is available to answer those inquiries at 800-276-6508. You can also connect with us online through our live chat or email. If you are interested in similar products, visit the America the Beautiful Coins page on JM Bullion’s website.