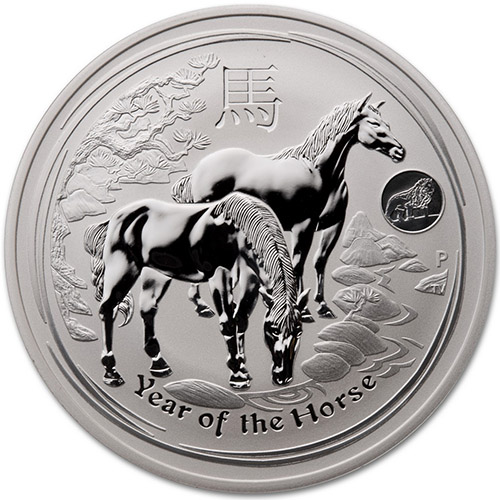 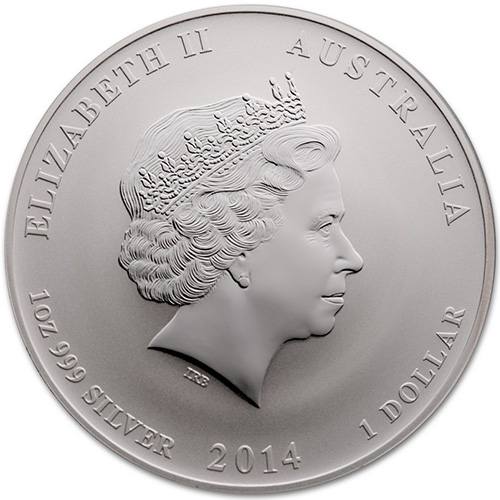 There is no series of silver coins for sale today with a better following than the Lunar Series II coins from Perth Mint. This 12-year cycle of coins is the second from the mint to feature the animals of the Zodiac. Launched in 2008, Lunar Series II coins grow in popularity with each release. Right now, 2014 1 oz Australian Silver Horse Lion Privy Coins are available to purchase online from JM Bullion.

Each 2014 1 oz Australian Silver Horse Lion Privy Coin in this listing is in BU condition. Known as brilliant uncirculated, these BU coins exhibit no indications of wear and tear from previous handling. However, it is possible for minor flaws to exist from the coining process. These are limited to breaks in the luster, spotted surfaces, and contact marks.

The Year of the Horse falls seventh in the Chinese lunar calendar. Known as the Zodiac, the animals of the lunar calendar date back to nearly 2600 BC in Chinese culture, spanning more than four thousand years of human history. Perth Mints Lunar Series II program launched in 2008, immediately after the 2007 conclusion of its popular Lunar Series I collection (1998-2007).

On the reverse of the 2014 1 oz Australian Silver Horse Lion Privy Coin is the all-new Year of the Horse issue. The Perth Mint developed new designs for each of the 12 years in the cycle of the Lunar Series II program to differentiate it from its predecessor. In this design, two horses are shown at the edge of a gentle stream, with one drinking from the stream as the other stands tall and proud.

The reverse side of each of the coins in this listing has a unique Lion Privy mark. The mark is featured just below the head of the horse in the background on the coin. Included engravings on this side feature the Chinese symbol for horse and the phrase Year of the Horse.

For the obverse side of all coins in the Australian Silver Horse Lion Privy issue youll find Queen Elizabeth IIs portrait. This right-profile depiction comes from Ian Rank-Broadley in 1998, and is the fourth-generation effigy of Her Majesty to feature on British and commonwealth coinage.

If you have any questions, please feel free to ask. JM Bullion customer service team members are available at 800-276-6508, online using our live chat, and via our email address.