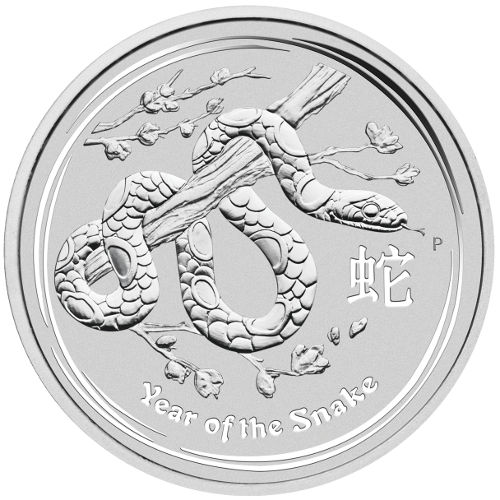 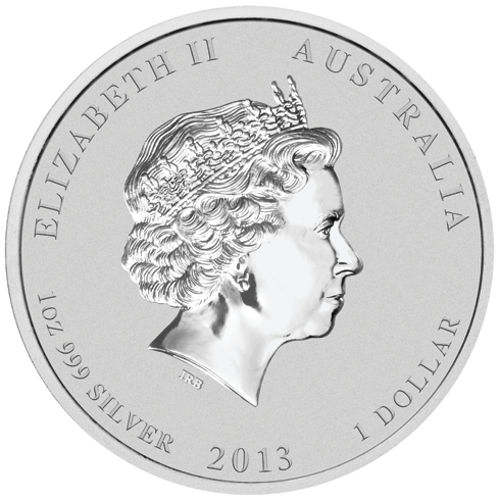 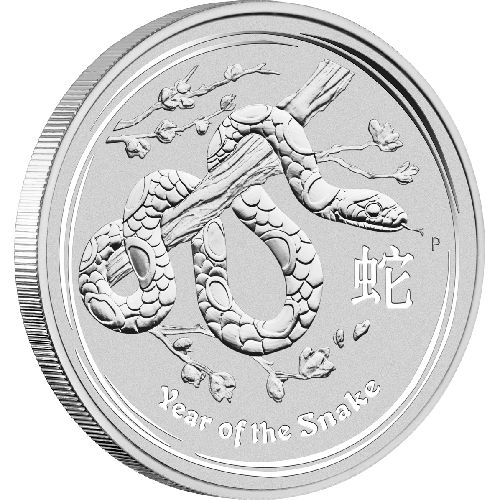 Each of these 2013 1 oz Australian Silver Snake Coins has a Brilliant Uncirculated grade. BU coins show no signs of wear and tear, but may feature breaks in the luster, spotted surfaces, or contact marks.

Cultural legend states that when the Jade Emperor called a meeting of the members of the animal kingdom, there were only 12 animals that made it to that meeting. As the creatures of the world raced to meet the emperor, their eventual arrival determined their placement within the Chinese Zodiac.

On the reverse face of the 2013 1 oz Australian Silver Year of the Snake coin youll find the image of a snake hanging from the branch of a tree with its body wrapped around the branch. There are engravings that include the Perth Mints mint mark, the phrase Year of the Snake, and the Chinese symbol for snake.

The obverse bears the familiar right-profile portrait of Queen Elizabeth II. As Englands longest-reigning monarch, she has been on the throne since 1952 and this depiction from Sir Ian Rank-Broadley represents the fourth-generation depiction of Her Majesty on British and commonwealth coinage.

Australias Perth Mint is its oldest operating facility, having opened in 1898 before Australia underwent federation. Today it remains open as a state-owned entity of Western Australia, and is not affiliated with the Royal Australian Mint.

If you have any questions, please dont hesitate to ask. A JM Bullion associate is available on the phone at 800-276-6508, online using our live web chat, and via our email address.