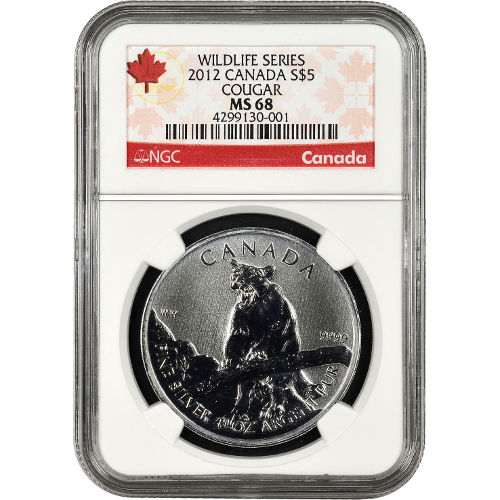 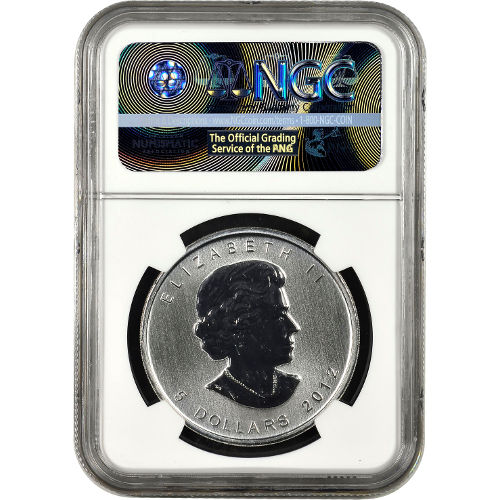 The Canadian Wildlife Series of bullion coins from the Royal Canadian Mint is one of the most popular in recent memory from the mint. Struck from 2011 to 2013, the series featured unique designs representing various creatures from the Canadian wilderness. Today, the 2012 1 oz Canadian Silver Cougar Coin is available with NGC certification from JM Bullion.

In 2011 the Royal Canadian Mint unveiled the first of the Canadian Wildlife Silver bullion coins with the release of the 2011 Canadian Silver Wolf. Over the course of three years the mint released a total of six coin designs in the series, with two new coins released each year. The release schedule featured February and August releases, and this particular 2012 1 oz. Canadian Silver Cougar was the first in the 2012 release schedule.

Each of the 2012 1 oz Canadian Silver Cougar coins in this listing is in MS68 condition according to the NGC. Coins of this grade still have an attractive strike and full mint luster, but also feature three to four minor detracting flaws. These flaws are often limited to miniscule contact marks, and are located outside of the coin’s primary focal areas.

On the reverse is the image of a cougar sitting atop a fallen log, ready to pounce on its prey. This design came from Royal Canadian Mint Assistant Engraver William Woodruff, who designed the first four coins released in the program.

The obverse features the familiar right-profile portrait of England’s Queen Elizabeth II. Created in 2003 by Susanna Blunt, this is the third-generation image of the Queen to appear on modern Canadian bullion.

If you have questions, please reach out to JM Bullion at 800-276-6508, connect with us online using our live chat, or email us.