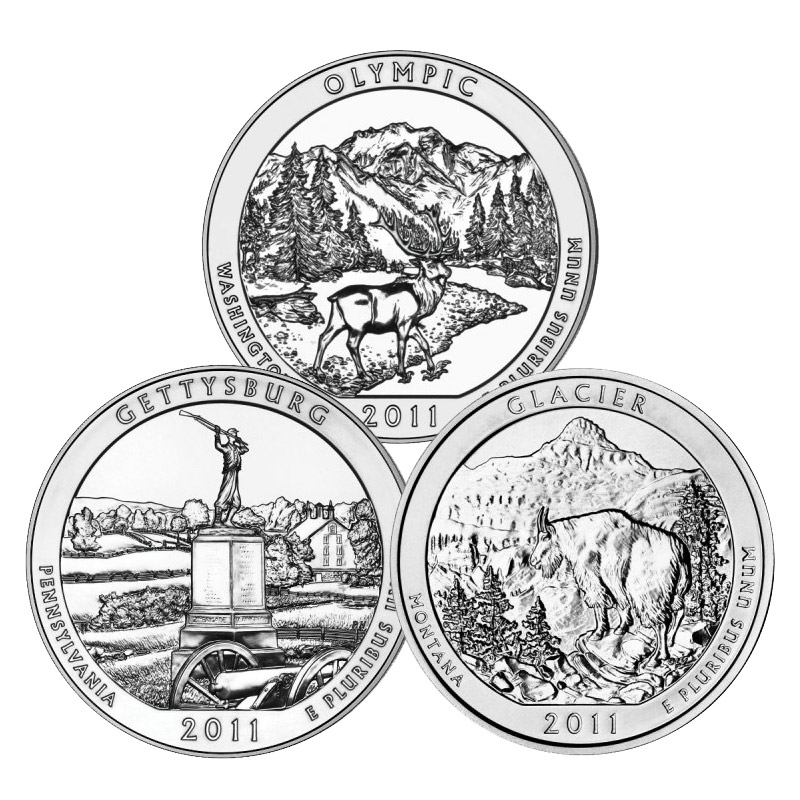 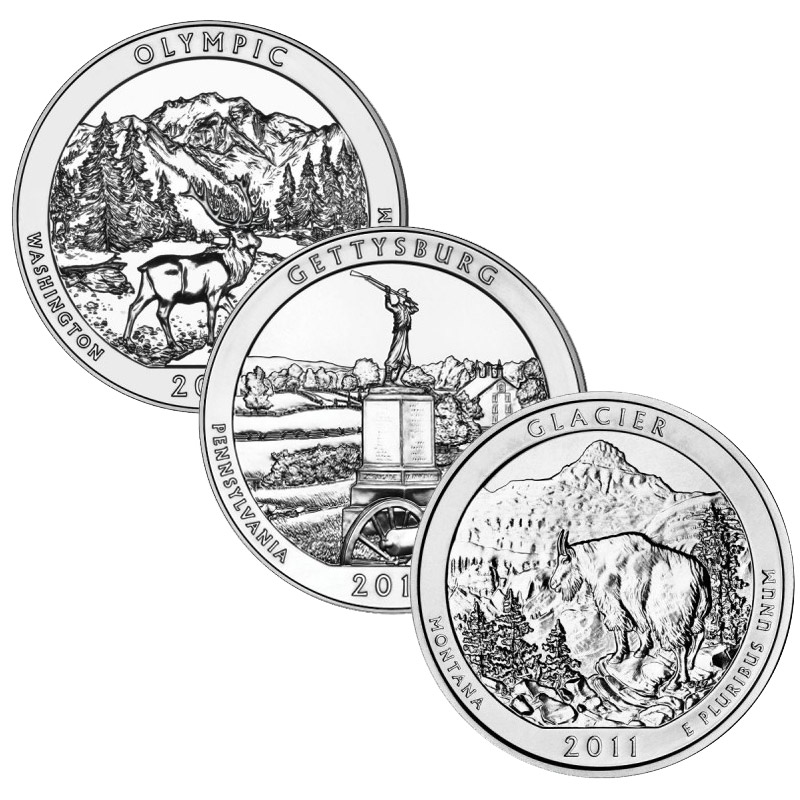 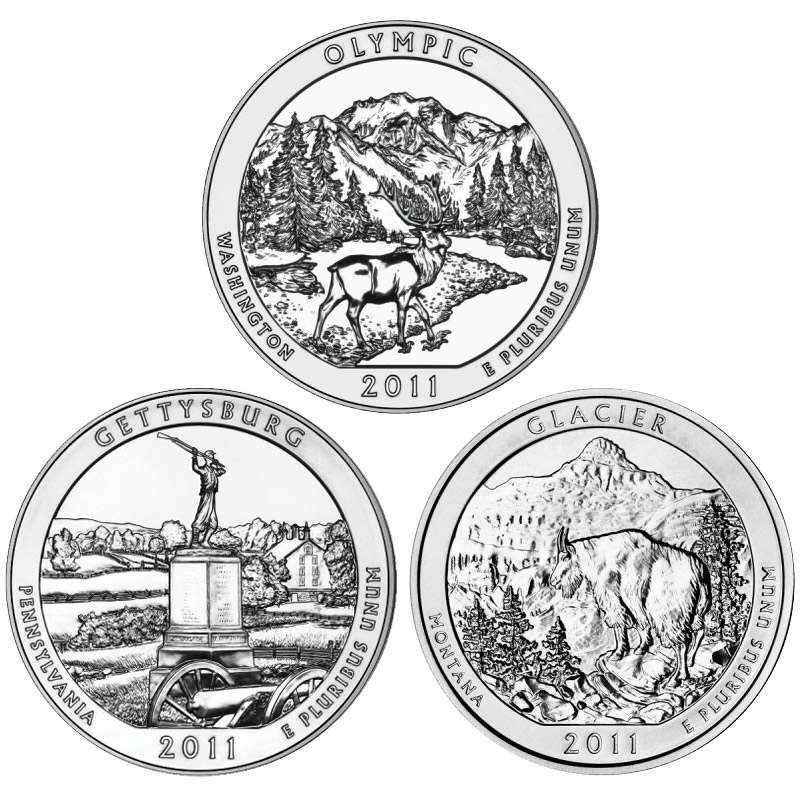 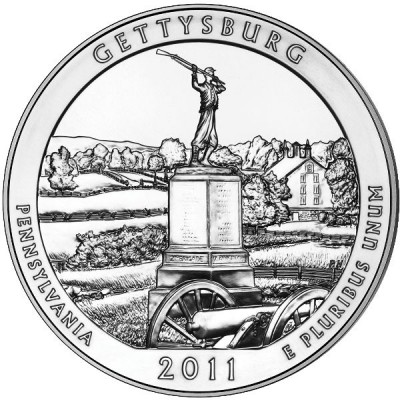 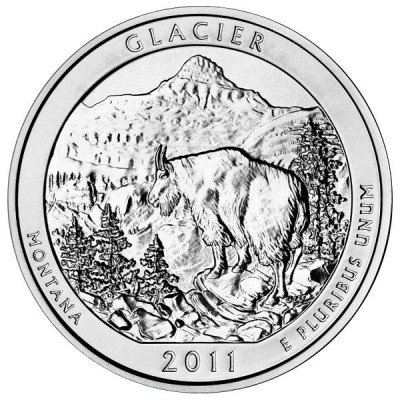 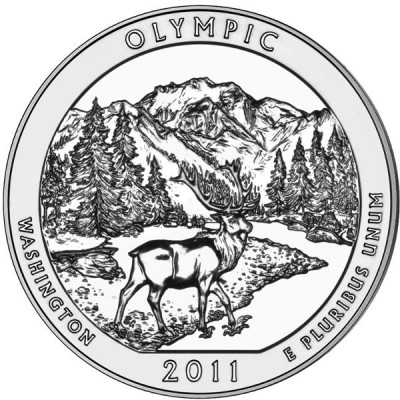 Please be aware that these coins ship in the exact condition as we receive them from the US Mint and it is normal for America the Beautiful coins to ship with minor blemishes, including scratch marks and general wear.

America the Beautiful has produced a variety of stunning silver coins for investors and collectors since its introduction in 2010. The United States Mint offers these coins for individual sale, as well as collection in predetermined sets. Today, you have the chance to obtain a special-edition set with the purchase of the 2011 5 oz ATB Silver 3-Coin set from JM Bullion.

Gettysburg National Park is depicted on the reverse of the first coin. Located in Pennsylvania, it is the sight of the single-bloodiest battle in American history, claiming the lives of thousands of soldiers from the Union and Confederate armies during the Civil War.

Glacier National Park in Montana is home to a wide variety of wildlife and captures some of the most amazing views in the continental United States. Olympic National Park houses Mount Olympus in the state of Washington, the largest peak in the lower 48 states of the US.

Each of the coins in this set bears the same obverse design, that of President George Washington. His left-profile portrait is a fixture on American quarters, and was originally designed for use on circulation coins in 1932 by John Flanagan. The three coins in this 2011 5 oz ATB Silver Set will each arrive in an air-tight capsule, ensuring the condition and appearance of the products.

The United States Mint strikes its America the Beautiful Silver Coins at the Philadelphia and Denver Mint facilities, with additional coins struck on occasion at the San Francisco Mint. The series was introduced in 2010 and is scheduled for completion in 2021.

If you have any questions about this one-of-a-kind offer, please contact JM Bullion. Our associates are available at 800-276-6508, online using our live web chat, and via email. If you are interested in similar products, be sure to check out our full selection of America the Beautiful Coins.

Nick from CA - September 14, 2015
"Wow, these are impressive. Already in the air-tight containers too."

James from OR - September 10, 2015
"I just received my coins. They shipped quickly and arrived in perfect condition already encapsulated. The detail on these coins in beautiful and very impressive. I have never held a 5 ounce quarter before. I would definately recommend these. Neighbors are jealous too"