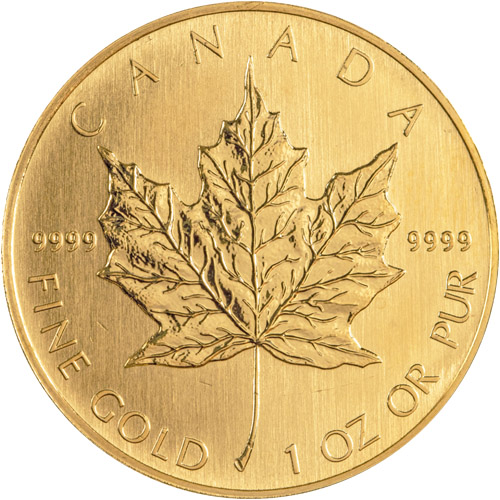 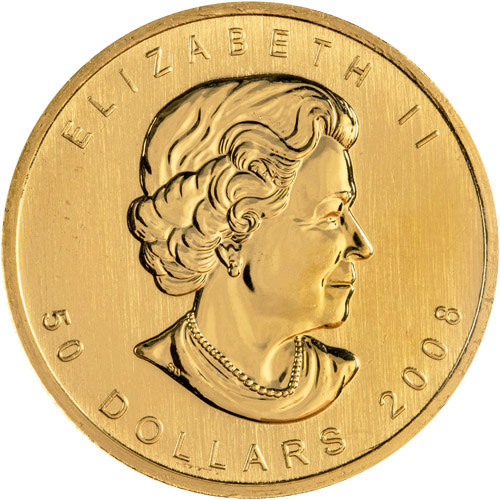 The 2008 1 oz Canadian Gold Maple Leaf Coin was struck in 99.99% fine gold by the Royal Canadian Mint. The weight and purity of this coin have been fully guaranteed by the Mint in Canada, making this a truly special coin release, especially with the detailing that’s featured on both the obverse and reverse. Investors who have bought from this collection in the past will definitely want to add this coin to their collections as well.

The Royal Canadian Mint has been known for producing bullion products and other pieces of currency for Canada since 1908. The Mint itself has a rich history and is recognized as not only one of the largest mints in the world, but also one of the most versatile. Throughout the years, the Royal Canadian Mint has released many specialized bullion products, known for their high-quality and detailed imagery.

On the obverse of the 2008 1 oz Canadian Gold Maple Leaf Coin is the portrait of Queen Elizabeth II. Since the Mint was first established, Canadian numismatic policy has stated that the Queen’s portrait must be featured on Canadian bullion products. In the image, we see the right-facing effigy of Her Majesty, with the value and release year of the coin included below her.

On the reverse of the 2008 1 oz Canadian Gold Maple Leaf Coin is the detailed image of a maple leaf, which is known for being one of the universal signs of Canada. The design itself is extremely detailed, so the viewer is able to see the unique veining and pattern of the leaf. This side of the coin also shows its weight and purity, as well as its country of origin.

Our team at JM Bullion is here to help if you have any questions when you buy gold. Contact us today via email, online live chat, or by phone at 800-276-6508.