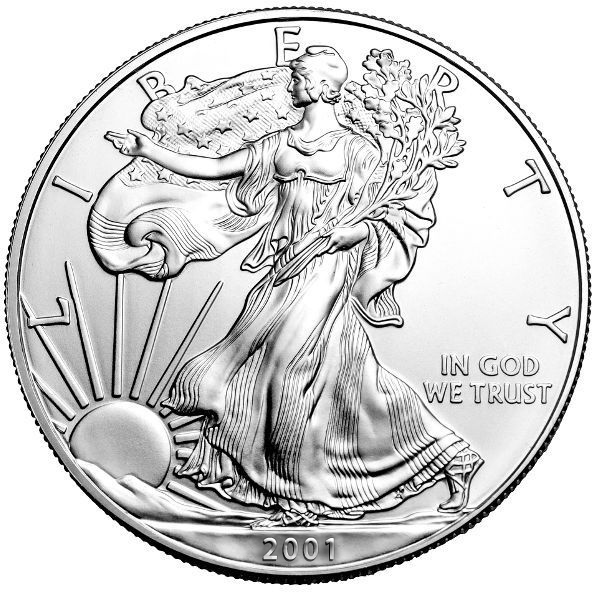 2001 American Silver Eagle coins were significant for more reasons than simply marking the 15th anniversary of the series. When the coins were originally introduced, both the bullion and proof coins were struck in San Francisco.

Proof coin production shifted to the Philadelphia Mint from 1993 to 2000. The bullion coins remained at San Francisco until 1998, and were moved to Philadelphia as well for 1999 and 2000. The 2001 American Silver Eagle coins, both bullion and proof, were struck by the West Point Mint, and continue to be produced at the New York facility today.

Walking Liberty continues to grace the obverse face of the American Silver Eagle coin, while the reverse features the exclusive, modernized image of the heraldic eagle of the United States of America.

If you have any questions, please dont hesitate to ask. You can reach one of our associates on the phone at 800-276-6508, online using our live chat, and via email address. Please visit our website for other variations of the Silver American Eagle coin and check back often as we are always adding new products to our inventory.