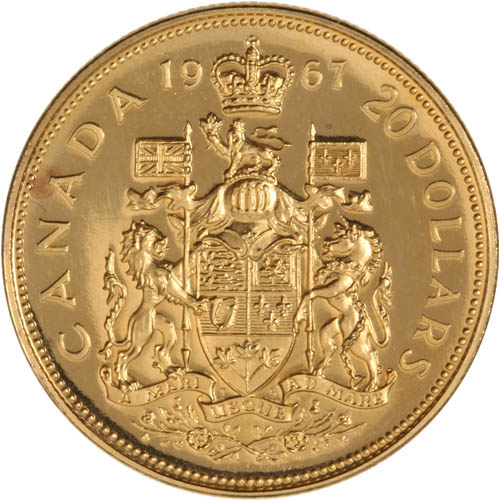 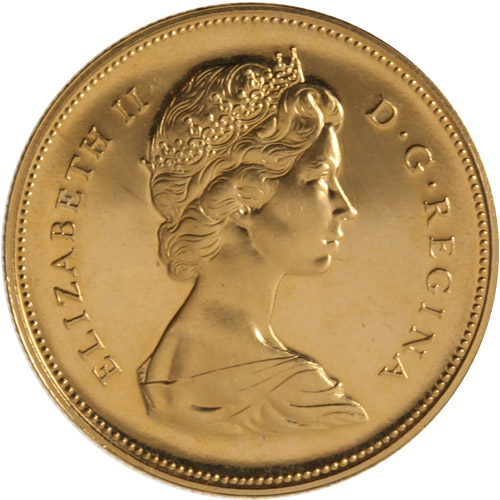 Canada began the movement toward independent governance separate of the United Kingdom in 1867 with a process known as confederation. This move sought to establish a federation between the British colonies of Canada. In 1967, the Royal Canadian Mint marked the centennial of this movement with $20 gold coins. Right now, $20 Canadian Confederation Gold Coins are available to purchase online from JM Bullion.

Each of the $20 Canadian Confederation Gold Coins available to you in this product listing comes with a protective plastic flip. The Royal Canadian Mint issued a total of only 337,688 of these coins with a 1967 date mark to honor the 100th anniversary of Canadian Confederation, the process by which Canada became independent of direct British control.

Queen Elizabeth II is shown on the obverse side of the $20 Canadian Confederation Gold Coin. This is the right-profile bust of Elizabeth II created in 1965 by Arnold Machin. This design was featured on Royal Canadian Mint and Royal Mint of England coins. The portrait depicts the Queen in right-profile relief with a beaded ring around the border, her name to the left, and the shortened D.G. Regina on the right.

The Canadian coat of arms is featured on the reverse of $20 Canadian Confederation Gold Coins. This complex design includes a crowned lion in the passant guardant pose holding a maple leaf at the top. The crest has poles with the British flag and French flag. The shield is supported by the Lion of England and the Unicorn of Scotland. The fields on the crest include the Three Lions of England, Lion of Scotland, Harp of Ireland, French fleur de lis, three maple leaves attached to a singular stem.

If you have any questions about these gold coins for sale, please contact JM Bullion. Our customer service team is available at 800-276-6508, online through our live chat, and via our email address.