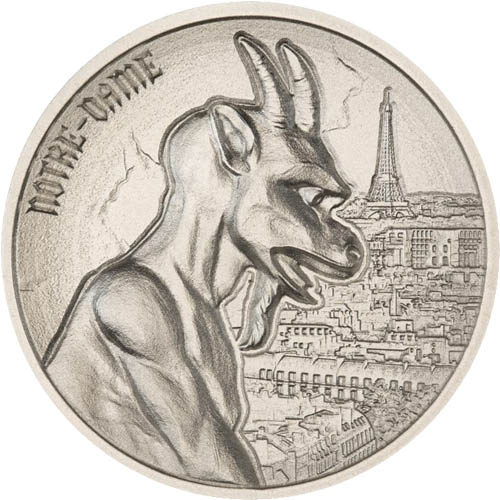 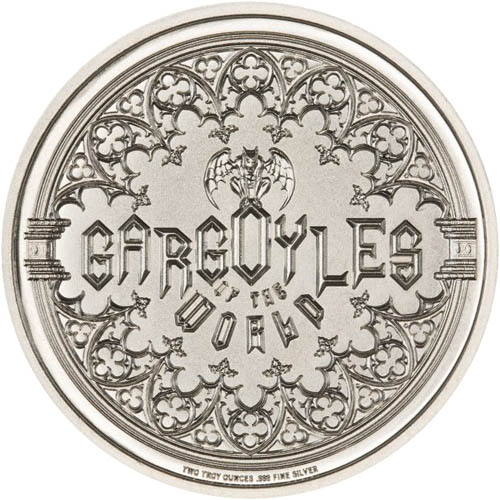 In one of its newest series, the Intaglio Mint focuses on the architectural design element known as the gargoyle. The mythical beasts come straight out of the imagination of mankind and were found on Greek temples in various forms. The Medieval use of gargoyles in architecture was inspired by the beast Goji that was defeated by St. Romanus. Right now, 2 oz Gargoyle Silver Rounds with the debut design are available to purchase online from JM Bullion.

Each of the 2 oz Gargoyle Silver Rounds in this product listing comes to you with an individual protective plastic flip or a mint tube that holds up to 10 rounds in total. This Type I design is the first in the Gargoyles of the World Series and depicts actual gargoyles found on the exterior structure of Notre Dame in Paris.

Although most people associate gargoyles with Medieval architecture throughout Europe, especially at the height of popularity for gothic architecture, their appearance dates back much further. Though their figures were different in appearance, gargoyle figures were used on Egyptian temples to aid in water drainage with the mouths serving as spouts.

When gargoyles began to grow in popularity in European gothic architecture, they originally served the same purpose as architectural beautification of a structure that simultaneously served the purpose of housing downspouts to aid in water removal.

On the obverse of these 2 oz Gargoyle Silver Rounds, youll find the image of one of the actual gargoyles that dons the exterior of the Cathedral of Notre Dame in Paris, France. This gargoyle, like many others, is perched high above and looks out over the city toward the Eiffel Tower as it looms above other structures in the citys skyline.

Gargoyles commonly appear on Catholic cathedrals throughout Europe and are believed to have first appeared on the Laon Cathedral between 1200 and 1220. By the 14th century, Notre Dame had its own gargoyles added.

The reverse of the 2 oz Gargoyle Rounds includes a common design element that captures the impressive imagery of gothic stained-glass cathedral windows. The text Gargoyles of the World stretches across the center of the design field with a small gargoyle perched on the O in the word Gargoyles.

If you have any questions about buying silver, please contact JM Bullion. You can call us at 800-276-6508, chat with us live online, or simply send us an email.