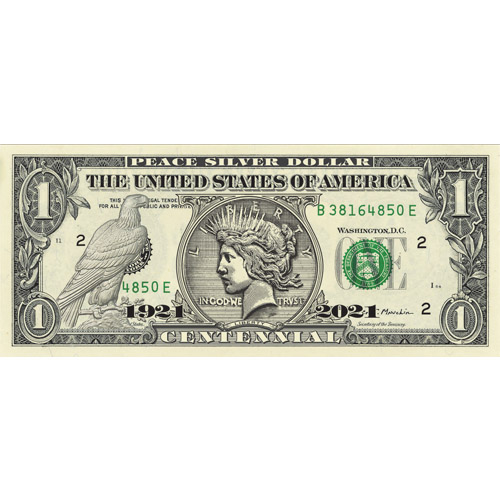 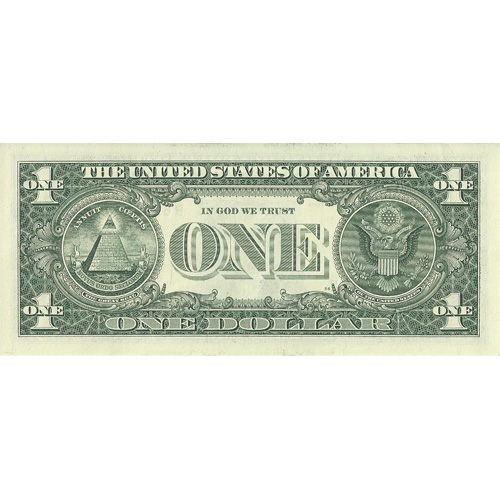 The release of the Peace Silver Dollar in 1921 was an important moment in the history of US coining in the 20th century. In 1906, all of the circulation coins in the United States still had 19th-century designs. President Theodore Roosevelt pressed the US Mint to begin modernizing the designs on all of the nations coinage.

This movement started in 1907 with the denominations of the US Eagle Gold Series. In 1909, the copper penny was modernized with the effigy of President Lincoln. New images of Liberty were introduced on the dime, quarter, and half-dollar coins in 1916. The lone holdout was the US silver dollar, which hadnt been struck anew since 1904. In 1921, the Morgan Dollar design was used with the restart of silver dollar coining. On December 28, 1921, the US Mint introduced the new Peace Dollar into production.

For the obverse side of these $1 Peace Silver Dollar Legal Tender Notes, you will find the effigy of Liberty from the Peace Dollar at the center. This left-profile portrait covers up the traditional portrait of President George Washington. To the left side of the note is an image of the American bald eagle at rest as found on the reverse of the Peace Dollar. Enhanced notations include Peace Silver Dollar printed above and the centennial date marks of 1921 and 2021 below the Liberty portrait.

In the reverse design of $1 Peace Silver Dollar Legal Tender Notes, the traditional design elements are featured. The center of the note features the denomination of the bill, with the all-seeing eye to the left and the Great Seal of the United States on the right.

$1 Peace Silver Dollar Legal Tender Notes listed here come with bi-fold presentation folios and a Certificate of Authenticity. A private mint picked these notes from Federal Reserve packs and each one is crisp, clean, and uncirculated. The obverse of the notes has enhanced, high-definition graphics.

JM Bullion customer service is available to you at 800-276-6508. We are also available online using our live chat and email address features.