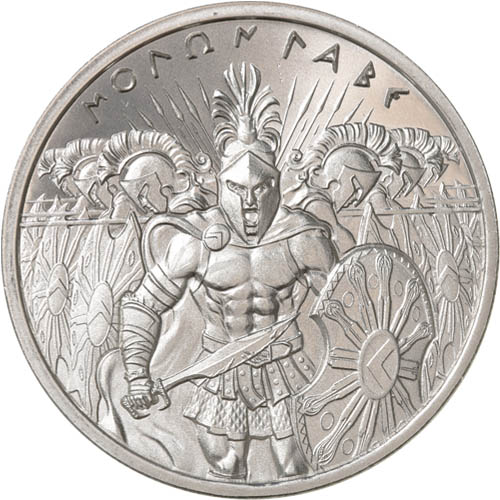 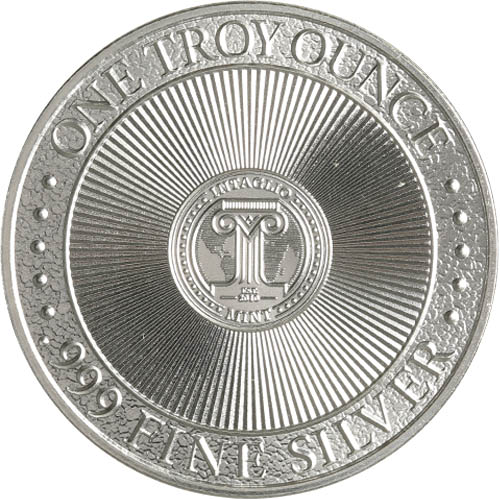 American feature films of the late 20th and early 21st century often bring the ancient past to the forefront through intense cinematic experiences. One such example was the last stand of King Leonidas and his powerful Spartan warriors. Leonidas and his men have also inspired a distinctive series of silver rounds from Intaglio Mint with a popular phrase from the ancient Greek warriors. Today, 1 oz Molon Labe Silver Rounds with the Type II design are available to you online from JM Bullion.

Although King Leonidas is often credited with delaying the inevitable advance of the massive Persian Army with a force numbering just 300 men, the reality is that Leonidas had around 1,500 men in total. Though not enough to stop the hundreds of thousands of men in the Persian Army, Leonidas was able to delay the Persians for three days and buy the Greek forces behind his lines precious time to prepare.

Engraved onto these 1 oz silver rounds is one of antiquities greatest statements of defiance. Often attributed to Leonidas at the Battle of Thermopylae, the phrase Molon Labe in Greek translates directly as having come, take. It is often translated into English with smoother modern grammar as come and take them or come and take it.

On the obverse of the 1 oz Molon Labe Silver Round Type II is the image of a Spartan warrior in the foreground with a spear in hand and all the details of his distinctive battle regalia visible. In the background, youll note a battle line of Spartans defending against the onslaught of the Persian Army. The phrase Molon Labe is engraved on this face as well.

Leonidas and his force chose a spot along a crucial roadway known as the hot gates to try and stave off the inevitable advance of the Persian Army. Leonidas and his highly-skilled Spartans could not win, but they knew it was important to fight to give the rest of Greece time to muster an army to try and defeat the Persians.

The reverse of the silver rounds includes the Intaglio Mint logo in the very center of the design field with a radial burst emanating from that center point. There is a stippled border includes engravings of the weight, purity, and metal content of the round. These Intaglio Mint rounds are individually housed in protective flips or tubes of 10 and 20 rounds.

Please dont hesitate to reach out to JM Bullion with questions about these Intaglio Mint rounds. You can call us at 800-276-6508, chat with us live online, or send us an email.