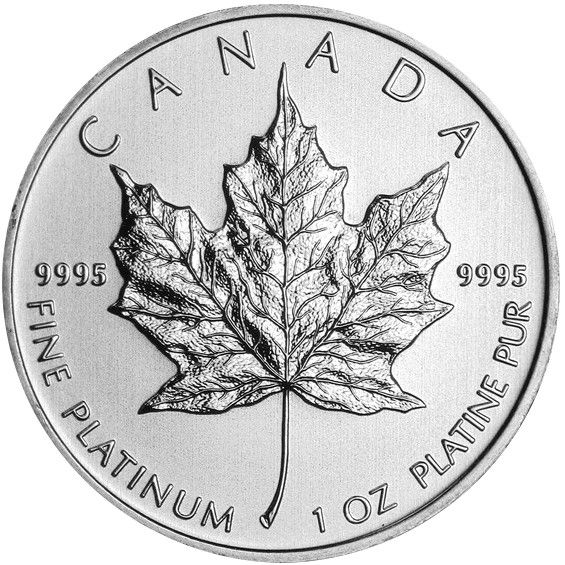 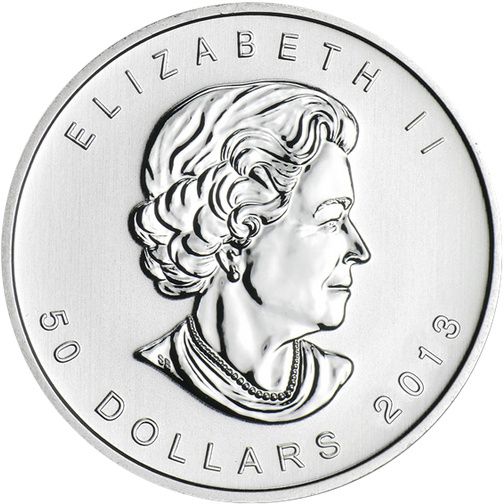 The Canadian Platinum Maple Leaf coin has a unique history with the Royal Canadian Mint. When the coins were introduced in 1988, RCM offered the min four different weights ranging from the 1 oz coin to three fractional weights of oz, oz, and 1/10 oz. By 1993, a 1/20 oz weight had been added. In 1994 only, the mint also issued a 1/15 oz coin.

Initial production of the coins ceased in 2002 amidst lackluster demand for platinum coins and falling prices for platinum. However, in 2009 the Royal Canadian Mint reintroduced the Platinum Maple Leaf with only a 1 oz weight available, which continues as the standard issue for this coin.

In this JM Bullion listing, you have the chance to purchase a 1 oz Canadian Platinum Maple Leaf Coin from random years of production. The 1 oz platinum coin has been available in this collection from 1988 to 2002 and 2009-onward. The specific year of issue you receive is dependent upon the availability in our warehouse when your order is fulfilled.

On the reverse of all 1 oz Canadian Platinum Maple Leaf coins is the sugar maple leaf design found on other versions of the coin. Included on this face are engravings of the nation of issue, purity of the coin, metal content, and weight.

The obverse of your Canadian Platinum Maple Leaf will feature one of three possible designs of Queen Elizabeth IIs portrait based upon the year of issue you receive. The 1988-1989 coins feature a second-generation effigy of Queen Elizabeth II used from 1965 to 1989 on Canadian coinage, and depicts the Queen as a 39-year-old woman.

Please direct your questions to a JM Bullion associate at 800-276-6508. Were also available online via our live chat and email address.