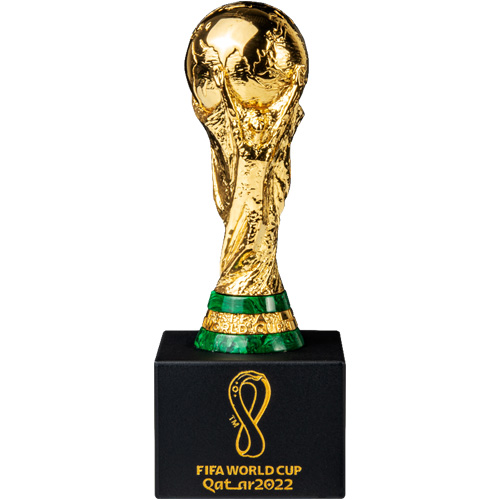 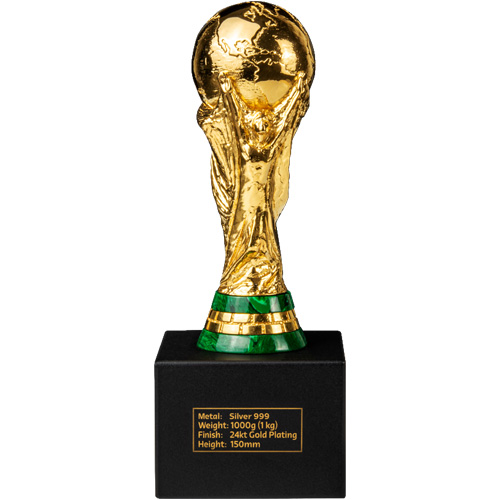 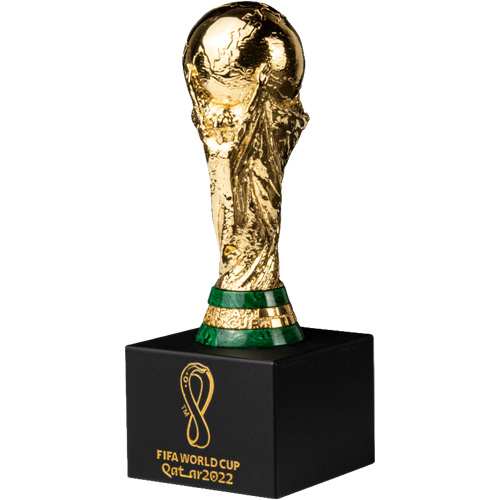 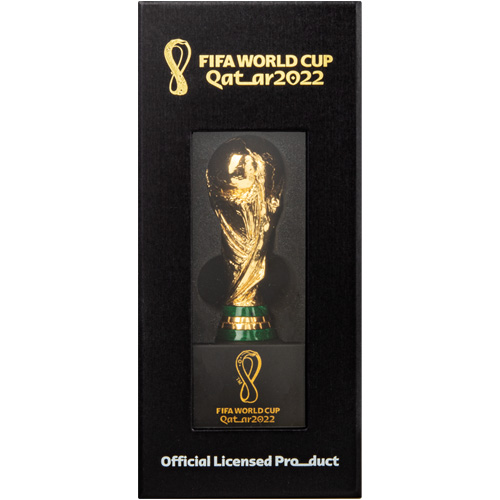 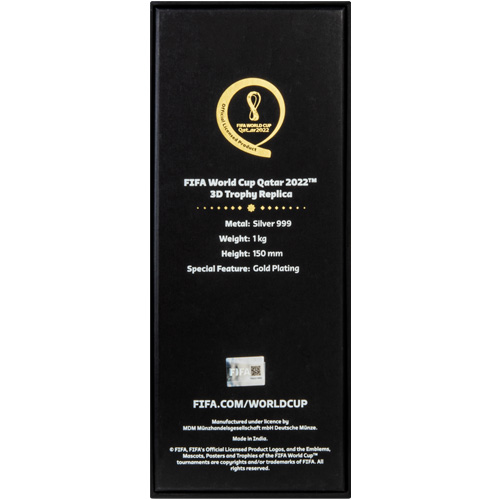 The FIFA World Cup Trophy was created in 1974 and has been issued to every champion of the tournament since then. This remarkable piece was designed by Silvio Gazzaniga and is considered one of the most valuable trophies in all of sports. Now, thanks to Qatar and FIFA license holder MDM, you can own your very own replica of this magnificent trophy. Today, gold-plated 1 Kilo FIFA World Cup Trophy Silver Statues are available to you for purchase online at JM Bullion.

In 1930, FIFA president Jules Rimet established the first World Cup tournament, and with it a trophy to present to the champion. With the exception of World War II, when the trophy was hidden to keep the Nazis from stealing it, this prize was presented to every winner up until 1970. That year, Brazil won its 3rd World Cup and was able to keep the trophy in perpetuity as a result. In 1974, FIFA considered 53 submissions for a new design before ultimately awarding the commission to Italian sculptor Silvio Gazzaniga.

All of these 1 Kilo FIFA World Cup Trophy Statues will arrive in an elegant display box. Each statue is an exact replica of the original FIFA World Cup Trophy and includes full 24-karat gold plating and malachite inlays. Full of beauty and historical significance, this may be the ultimate collectible for fans of the World Cup.

In 2009, Qatar announced it would be one of 11 countries bidding to host the 2022 World Cup. In December 2010, the country was selected over the last five finalists to be the official host. Shortly thereafter, Qatar began planning for the event, and has since completely revamped many of its cities for the occasion. Highlights include an airport, new roads, a metro, and 7 magnificent stadiums.

1 Kilo FIFA World Cup Trophy Silver Statues are modeled after the original trophy designed by Silvio Gazzaniga. The impressionistic design includes two soccer players with their bodies extended in celebration as they hoist the World up above. Beneath them are two bands inlaid with malachite. The entire trophy is supported by a black base that includes the official emblem for the 2022 World Cup.

JM Bullion customer service is available at 800-276-6508 to answer your questions when you buy silver online. We are also available to assist you online using our live chat and email address features.