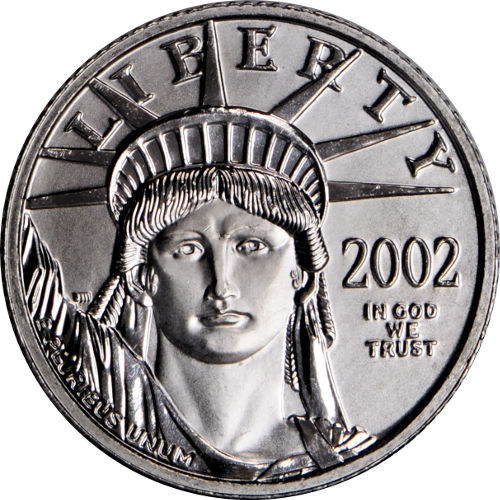 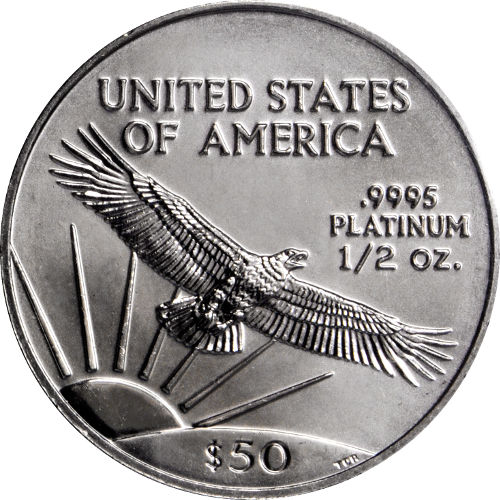 Any quantity available for $175.89 per coin over spot!
Add to WishlistLog In to add this product to your Wishlist
Free Shipping on $199+ Orders

The American Platinum Eagle is the official platinum bullion coin of the United States. First introduced in 1997, the coins are struck continually in bullion and proof versions for both investors and collectors to covet. Right now, the 1/2 oz American Platinum Eagle coin is available from JM Bullion with random year and BU condition.

Each of the 1/2 oz American Platinum Eagle coins available to you in this product listing features a Brilliant Uncirculated grade. Coins in BU condition feature no signs of wear and tear, but you may notice the presence of minor blemishes such as breaks in the luster, spotted surfaces, or contact marks from the coining process.

The American Platinum Eagle debuted in 1997 when the United States Mint released a bullion and proof version of the coin. The coin is made available each year in a 1/2 oz, 1/4 oz, and 1/10 oz weight.

American Platinum Eagle coins are unique in that they are the only bullion coins from the United States Mint to feature new designs on an annual basis. The reverse image of the Platinum Eagle has changed every year since 1998. In fact, 1997 was the only year in which the bullion and proof versions of the coin featured the same designs.

On the obverse of the 1/2 oz American Platinum Eagle coin is the image of Lady Liberty, inspired directly by the Statue of Liberty. Former-US Mint Chief Engraver John Mercanti designed this image, known as Portrait of Liberty, which depicts Liberty as she gazes into the future.

When you purchase a 1/2 oz American Platinum Eagle coin from this listing, you’ll receive a coin with a random year of mintage based upon availability at the time of purchase and fulfillment for shipping. Available year of minting dates range from 1997 to 2015.

If you have any questions about these coins, please feel free to reach out to JM Bullion. Our associates are available on the phone at 800-276-6508, on the web using our live chat service, or via our email address. Be sure to take a look at our full selection of Platinum American Eagle coins for more sizes and years from the series.