A Brexit, and a Rush on Precious Metals 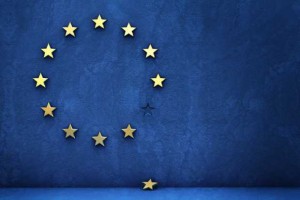 In this special Monday morning blog post, JM Bullion takes a look at the immediate aftermath and the potential coming storm surrounding Britain’s historic vote in favor of leaving the 28-nation European Union bloc. The “remain” or “leave” vote last Thursday created much consternation in the United Kingdom, Europe, and around the globe as the 28-nation economic bloc faced its first major challenge at a time when European ties are strained and the world’s financial markets appear unsteady.

As Thursday turned to Friday, the shocking result of a victory for the “leave” vote sent markets tumbling, and JM Bullion experienced an almost instant rush on precious metals as nervous investors retreated to their favorite stalwarts: gold and silver. In this post we’ll talk about Friday’s events, precious metal prices, the weekend Brexit hangover, and the potential long-term impact.

Brexit: As it Happened

The results of the Brexit vote were announced the early morning hours of Friday, long before the Dow Jones opened for business, and the immediate impact was not good. The Dow shed more than 500 points following the opening bell, going as low as 700 points off at one point before recovering slightly to close down 610 points (down 3.4%). In markets around the globe, stocks took a similar beating, for example Britain’s primary index shed 11% of its value while Japan’s NIKKEI dropped more than 7%.

In total, last Friday’s announcement of a Brexit led to global market losses that wiped away $2 trillion in value, the largest single-day decline in global markets in history, surpassing the 2008 record of $1.9 trillion in a single day that kicked off the Great Recession. There was bad news for currency values as well, with the British Pound Sterling (£) falling to its lowest level against the US Dollar since 1985.

The Brexit vote has cast a dark cloud over not just the United Kingdom, but the whole of continental Europe. Without question, the vote from British citizens to potentially leave the European Union presents an existential challenge to the economic bloc that poses the most severe threat to European unity since the end of World War II.

Major governments across the continent were quick to push the British to invoke Article 50 of the Lisbon Treaty, the as-of-yet unused process nations can use to divorce themselves from the EU. There’s a major problem facing all of the nations of the bloc though as this process plays out.

First and foremost, no nation has ever done this before, which means there is no road map for what this process looks like, or how long it will take. In the months leading up to the referendum in the UK, markets ebbed and flowed with predictions on the outcome. If the “remain” vote polled higher, markets edged higher. If “leave” was in the lead, markets declined.

Second, Article 50 is a two-year process in which the United Kingdom would figure out to untangle itself from decades of deep, complex ties to the other members of the EU. Effectively, all of the UK’s economic ties to the continent have to be renegotiated as a non-EU member now. Though the UK never adopted the Euro as a member of the currency zone, it was still deeply imbedded in the economy of the EU.

Third, and perhaps most frightening for markets and investors, is the potential that the Brexit result could lead to a mass exodus from the EU. In the US, where everyone shares at least a common bond as an American, it can be hard enough to get 50 states on the same page. The EU faces the challenge of keeping 28 nationalities on the same page and protecting everyone’s best interests.

On Friday, there was no shortage of discussion and fear regarding which nations could be the next to leave the EU and send markets tumbling further. In fact, a CNBC poll Friday showed a number of nations where nearly half or more than half the population thinks a similar referendum on EU membership should be held, and two of the six founder members of the EU topped the poll.

In truth, the future of the United Kingdom now seems tenuous. The vote results exposed deep fractures in the Kingdom’s unity, with Scotland voting against leaving the EU 63% to 27%. Northern Ireland also backed “remain,” while Wales voted overwhelming in favor of “leave.” There’s already talk of a second Scottish referendum to leave the United Kingdom, with EU membership actually carrying its “remain” vote in the recent referendum on independence.

JM Bullion experienced an overnight rush last Thursday into Friday on products in our online catalog. With markets tumbling, currencies taking a beating, and the future unknown, gold began to surge on Friday. Gold prices climbed as high as 8.1% on Friday to a high of $1,359 an ounce, but eventually settled slightly lower than that figure to around $1,317. In Britain on Friday, the Telegraph reported that traders had seen swaps of £23.5 million ($32 million) in vaulted gold and silver in the online gold trading platform BullionVault. That figure was more than two weeks’ worth of average trading during 2015.

August gold futures remain high, with prices as of Friday holding well above $1,300 an ounce. Gold prices are up significantly against all major global currencies, climbing 13% against the sinking Pound Sterling (£), 6% against the Euro (€), 6% against the Swiss franc, 5.6% against the Canadian dollar, and 4% against the US Dollar. Kitco.com even notes that demand from BullionVault among UK clients has surged both ahead of and in the days since Brexit was approved.

The company reported a combined total of 1 billion in gold bullion purchased by British citizens, meaning that UK residents now hold more gold than “most of the world’s central banks, and more than all but the world’s 11 largest ETPs.”

Gold prices continue to edge higher as the dust settles Monday morning on the Brexit vote, but a lot of questions remain. US stocks are headed for a lower opening on Monday, with Dow Jones futures declining 118 points (down 0.7%). Europe’s Stoxx 600 index is down 2.8% so far Monday, the FTSE 100 in London is down 2%, Germany’s DAX is off 1.9%, and the Pound Sterling (£) fell an additional 2% so far.

Japan’s NIKKEI index rebounded on Monday, gaining 2.4% and the Yen (¥) closed Monday at 101.7 to the dollar. Uncertainty will be the name of the game in the coming weeks for global stock markets as investors try to make sense of the move and the EU figures out to deal with the Brexit decision.

You can expect a whole lot more volatility in the weeks, and probably months, to come. There will be further changes discussed, if not pursued in Europe in the months ahead. The UK’s exit could be slow and messy. Article 50, as mentioned, takes two years to implement and cannot even begin until Britain informs Brussels of its formal decision to leave the EU.

British Prime Minister David Cameron resigned on Friday morning in the wake of the vote, effective in October. He has, however, kicked the can down the road to the next Prime Minister to actually file Article 50 proceedings. In addition to Scotland discussing a second independence referendum, there were murmurs over the weekend that Northern Ireland might consider a similar path and seek reconciliation under a “One Ireland” platform with its neighbors in the Republic of Ireland.

Markets are almost certain to remain edgy, especially if the UK begins formal proceedings to exit the bloc. Although there are many concerns, among the largest is London’s role as a financial capital. The city enjoyed a special status with its “EU passport,” which allowed foreign investors to more easily funnel billions of dollars in investments into European markets through London.

If the UK were to leave the EU, that status would be revoked and, at the very least, lead to extended delays and lower investments in European markets as the UK renegotiated its status with the EU. It’s not without precedent that it could be achieved, as Norway enjoys a similar status as a non-EU member. Norway is not in the European Union, but does use the common currency zone’s Euro, giving it that “EU passport.”

Whatever the future holds, one thing is certain, investors will continue looking to the pillar of strength that is gold. Prices remain higher, but stable, on Monday, and jittery markets abound as investors try to figure out their next move.