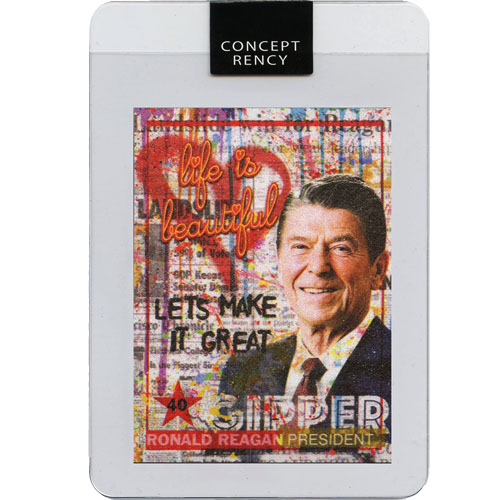 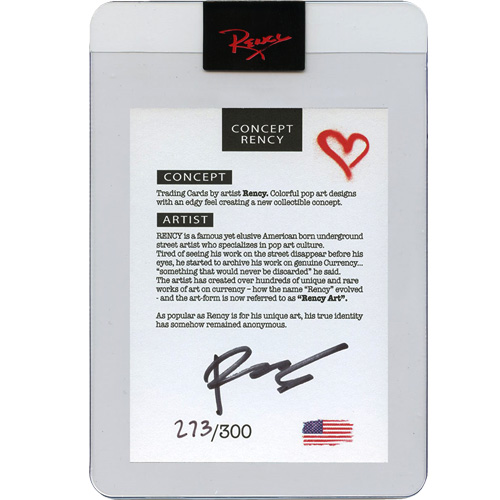 The election of President Ronald Reagan as the 40th President of the United States of America marked a major turn away from the liberal agendas that had dominated American politics at the federal level since the 1930s. Now, Ronald Reagan Presidential Collector Cards are available to you for purchase online from JM Bullion.

The obverse side of the Ronald Reagan Presidential Collector Card comes with a depiction of the 40th President of the United States of America. This side of the card features some common design elements, such as graffiti-themed art and a red heart. Some of Reagans famous lines, such as the term Gipper appear in the background.

President Ronald Reagan came into office as the 40th President of the United States in 1980. His Reagan Doctrine, his approach to American foreign policy, was aimed at building up the United States Military, confronting the Soviet Union, and rolling back Soviet influence around the world in an effort to bring the Cold War to an end.

These Ronald Reagan Presidential Collector Cards are available to you enclosed in plastic sleeves. Each card has a diamond-encrusted finish on the obverse, with the unique serial number written in on the reverse along with the signature of Rency.