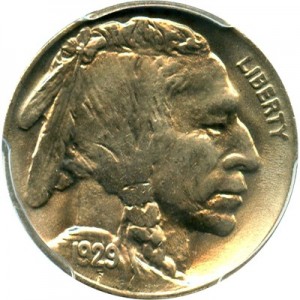 The Buffalo Nickel was the third style of 5-cent pieces produced by the US Mint and also one of the most popular. Despite being minted throughout the early parts of the 20th century, these coins are still extremely popular today amongst collectors of all calibers. With only a scarce amount of these pieces still in existence, collectors are racing against the clock to find one that fits their needs.

Unfortunately, because these coins are so old, so few of them have survived in excellent condition. Because collectors only want to get their hands on one of these coins in great condition, this presents people with quite a challenge when it comes to finding a well-preserved piece.

It may not come as too much of a surprise, but collectors are first and foremost concerned with how well the coin looks. You have to understand that these coins were utilized quite a bit by average citizens and because of that most of them boast a lot of damage. Collectors will always carefully inspect the surfaces of these coins, looking for any and all imperfections.

When a collector closely analyzes the condition of a coin, this is a procedure known as grading. Normally, grading is done by a professional company, but with not everyone having the time and money to send their coin(s) away for grading, we have provided specifications below to give you a better idea of what qualities you will find with a coin of a certain grade.

Uncirculated: An Uncirculated Buffalo Nickel is one that never set foot on the open exchange market. These coins were immediately placed into safekeeping after they were minted which means that they will show absolutely no signs of wear and tear. The texture of the raised aspects of the coin will have been preserved as well.

Extremely Fine: A coin given this grade saw some time in circulation, but was removed before any significant damage occurred. Only up close can you make out any damage, and it is usually very light. Though the coin’s faces may not shine with their original luster, they will be mostly free from damage.

Fine: If your coin is graded to be Fine, it was in circulation for an extended period of time but did not get destroyed. Though you will be able to see the images without too much trouble at all, the boundaries separating the images and inscriptions from the rest of the coin have been worn down a bit. You will also notice some wear near the cheekbone of the Indian and near the front legs/shoulders of the buffalo.

Good: A coin that is graded to be Good is one that was very heavily circulated. During their time exchanging hands, these coins will have incurred a lot of surface damage. The damage you will find is most often in the form of heavy scratching and chipping, but on occasion these coins are even bent.

With regard to the 1929 Buffalo Nickel, giving the coin a price is as easy as assessing the type of coin as well as the condition. Because three different types of Buffalo Nickels were produced with each new release, the exact type of coin you have is important. Below you will find a chart aimed at giving you a better idea of what you can expect to pay for a Buffalo Nickel given its grade and type.