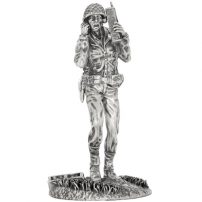 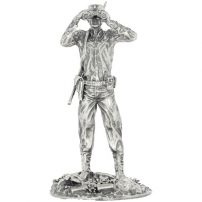 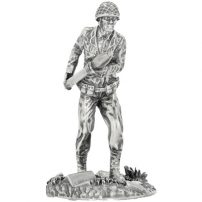 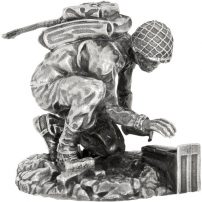 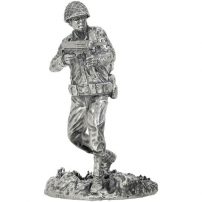 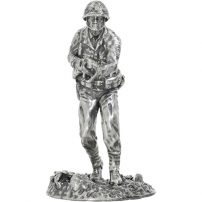 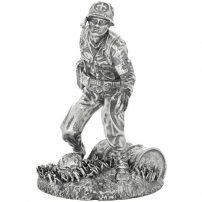 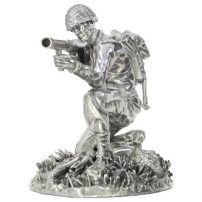 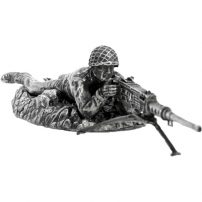 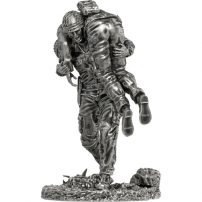 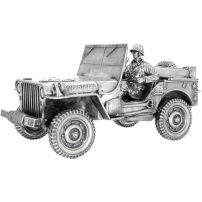 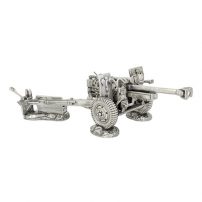 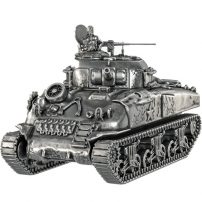 Assemble the Troops in Your Silver Soldiers Collection from JM Bullion

One of the most common toys in households across the United States during World War II and the post-war era were little green army men. Eventually made of plastic and offered in various poses, children of all ages acted out the strategies of war with their brave little army men. For those nostalgic for their youth and with a fondness for silver, Silver Statues has the perfect new collection of silver statues available to purchase. The new Silver Soldiers Collection of statues is the perfect addition to a collectible series and will easily remind anyone of green army men.

The new Silver Soldiers Collection is the latest offering from Silver Statues. The silver statues in this series are available with different weights depending upon the particular soldier, but each one features .925 actual silver content. The statues are housed in individual boxes for shipping and come with a Certificate of Authenticity. The soldier statues each have a laser-etched serial number on the base and the purity of the silver content in the statue. All Silver Soldier Collection statues are limited to 1,000 castings per design release.

The silver statues issued by Silver Statues in the Silver Soldiers Collection are available in “battalions,” meaning the statues are released in groups of three representing different squads within a formed battalion of soldiers common in the organization of the United States Military. The first soldier statue release was Stovepipe Sterling, who was part of the leadership and anti-armor unit in the 1st Battalion. Details of the original issues in the series include:

Following the release of these soldiers, Silver Statues came out with other three-group Battalions of Silver Soldiers. You can learn more about these issues by reading the paragraphs below.

Every effective military unit needs recon forces that have clear eyes on the battlefield and can communicate with central command. In addition, these units need medics in the field to help tend to the wound and triage the injured to keep them alive until those soldiers can make it off the battlefield to field hospitals. In a follow-up release, the Silver Soldiers collection gained a Battalion with a medic, rifleman, and medic:

Whether it is on defense or offense, military units require heavy firepower to keep everyone alive. The unit of heavy gunners showcases the value of heavy firepower in any ground unit within the US Military. This set includes a machine gunner with his supply man and support gunner. This grouping includes:

Soldiers rely on a variety of tools and equipment in battle to win the war, and the Silver Soldiers Collection from Silver Statues includes add-on statues that complement the battalions of soldiers mentioned above. These additional silver statues include the following designs:

Silver Statues is a private company that has worked on countless impressive collections since 2008. The company creates unique silver pieces with heirloom quality and the highest level of attention to detail. No statue is cast with an availability figure above 1,000 in total, further ensuring the collectible nature and heirloom appeal of its silver statues. The company has a strong focus on using recycled precious metals from specialized precious metal refiners and end-of-life electronics, such as cellphones.

Whether you want to guard your desk or just build an impressive collection unlike any other in the silver market, the Silver Soldiers Collection is the one you want. You can contact JM Bullion on the phone at 800-276-6508, connect with us live online, or simply send us an email with your inquiries.