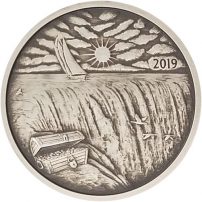 Silver Rounds from the Silverbugs at JM Bullion

One of the more unique silver collections available to precious metals enthusiasts comes with designs inspired by a group of silver lovers. The Silverbug rounds have been in production since 2014 and feature a variety of collections. What makes the series unique is the fact that so many of the designs are the direct artwork of or inspired by the members of the Silverbug community on Reddit. These silver enthusiasts arguably represent the only group of silver lovers with collections of silver for sale in their name. Find out all about Silverbug silver rounds now!

The first Silverbug silver round to feature was the Ariana Fairy design in 2014. Following the release of Ariana, the series grew to include a total of four different fairy designs. The obverse side of each round depicted a new fairy, with the following designs created (in order):

Building upon the success of the Silverbug Fairy collection, the Finding Silverbug Island collection debuted in 2015. The collection comes with a planned total of eight designs, and through 2018 the following designs have debuted in the series (in order):

For those with questions as they shop silver rounds, JM Bullion customer service is available to help answer any inquiries. Our team is available to you at 800-276-6508, online using our live chat service, and via our email address.