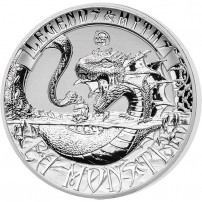 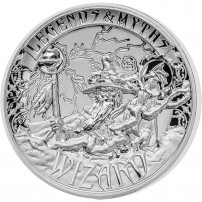 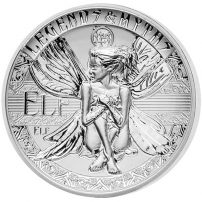 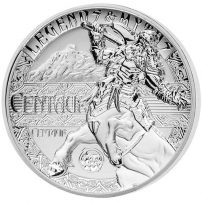 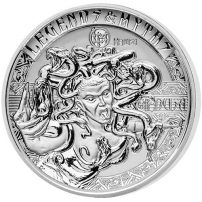 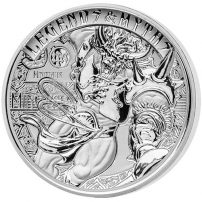 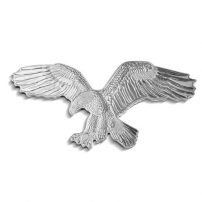 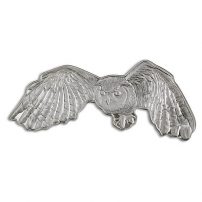 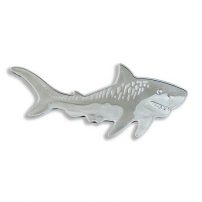 The Solomon Islands is a sovereign nation consisting of a cluster of small islands in the Oceania region of the world. Despite its far-flung locale and population of just 599,419 people in total, the nation is the backer of a major collectible silver coin series. The most notable coins issued on behalf of the South Pacific nation are those in the Legends and Myths collection. The collection has two different series consisting of five designs each and has been available since late 2016.

Each new release in the Solomon Islands Legends and Myths collection brings a different design depicting a mythical or legendary beast. The coins in this collection are available as reverse proof, double-high-relief coins with unique packaging, a series mint mark, and many other stunning features that make them a must-have coin for any collector. Learn all about the series now!

Many of the mythical and legendary figures included in the original series were generic in nature and did not correlate to a specific individual or beast. For example, the sea monster was reflective of the many creatures of the deep that mariners, sailors, and other seafaring people feared or misunderstood in waters around the world during the ancient era. For the second series, the Legends and Myths collection would become much more focused on specific creatures and beasts known in antiquity.

In 2018, the Solomon Islands Legends and Myths series introduced five new beasts, creatures, and other legendary figures. This time, all five coins in the release schedule debuted within the 2018 calendar year. The designs of this second series included:

Details of the Solomon Islands Legends and Myths Collection

All of the silver coins for sale in the Legends and Myths collection are available as 2 oz silver coins. The selection of a 2 oz silver blank is the first of many unique facets of this collection. Each coin in the collection has a reverse proof finish. A reverse proof coin has strong, frosted matte elements in the background field that visually contrast with the deeply-mirrored, clear design elements on both the obverse and reverse side.

The coins are also double-high-relief strikes, which results in a concave surface to both sides of the coin. This enables the design elements to stand out in greater 3D detail when you view the coin’s design features. Other important details for each release in the Solomon Islands Legends and Myths series include:

Each coin in the series is available for individual purchase inside of a stunning display capsule. The display case has a clear cover and houses the coin inside of a protective slot inside the box. The coins are encapsulated within the box and come with a Certificate of Authenticity to validate your purchase from this series. Additionally, the reverse side of every coin in the series has a Legends and Myths mint mark that reads “LM.”

The obverse of all coins in the Legends and Myths series features the same design. Queen Elizabeth II features on this side of the coins in the fourth-generation effigy created by Ian Rank-Broadley for the Royal Mint. This right-profile portrait has been in use on British and Commonwealth coins since 1998. Engravings on this face include “Elizabeth II,” “Solomon Islands,” “5 Dollars,” “2 oz,” the year of issue, and “Ag 9999.”

About the Solomon Islands

Located in the South Pacific Ocean to the east of Papua New Guinea and northwest of Vanuatu, Solomon Islands is a sovereign country with a constitutional monarch. Queen Elizabeth II holds the title of Queen of the Solomon Islands and the nation of 599,419 people has a governor-general and prime minister in charge of local governance. The Solomon Islands were originally settled in 30,000 BC by Papuan-speaking settlers, with Austronesian speakers arriving around 4,000 BC. Spanish navigator Alvaro de Mendana was the first European to visit the islands in 1568 and named them after the biblical King Solomon.

Today, Solomon Islands covers a land area of 11,000 square miles spread across 900 small islands and six major islands. The vast majority of the population lives on the six main islands, with 84,000 inhabitants living in the capital city of Honiara on the island of Guadalcanal. The island itself is famous in modern history as the site of the Solomon Islands Campaign (1942-1945) during World War II, as well as the massive Battle of Guadalcanal between the United States Navy and Marine Corps and the forces of the Empire of Japan.

If you have any questions when buying silver in this beautiful collection, please don’t hesitate to reach out to JM Bullion. Our customer service team is available to you at 800-276-6508, online using our live chat service, and via our email address.