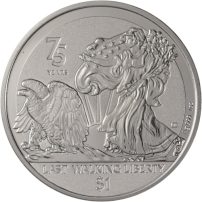 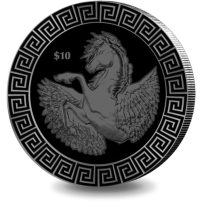 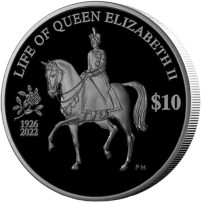 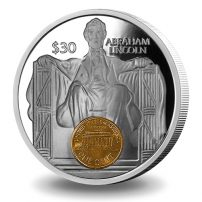 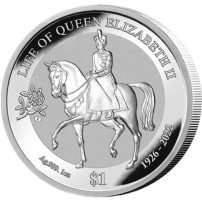 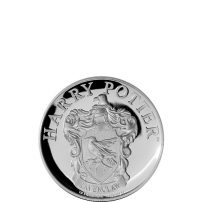 2020 9.5 Gram British School Crest of Wizardry Series Ravenclaw Silver Coin (In Card, BU)
As Low As:
Out of Stock 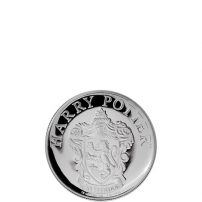 2020 9.5 Gram British School Crest of Wizardry Series Gryffindor Silver Coin (In Card, BU)
As Low As:
Out of Stock 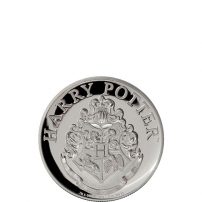 2020 9.5 Gram British School Crest of Wizardry Series Hogwarts Silver Coin (In Card)
As Low As:
Out of Stock 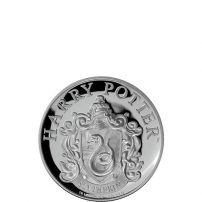 2020 9.5 Gram British School Crest of Wizardry Series Slytherin Silver Coin (In Card)
As Low As:
Out of Stock 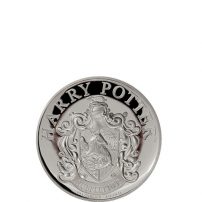 2020 9.5 Gram British School Crest of Wizardry Series Hufflepuff Silver Coin (In Card, BU)
As Low As:
Out of Stock 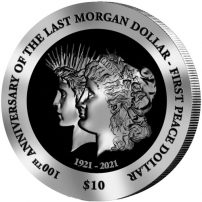 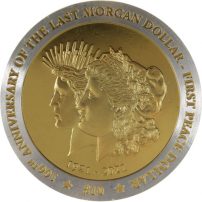 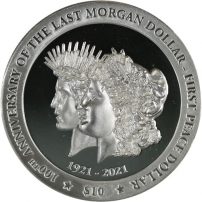 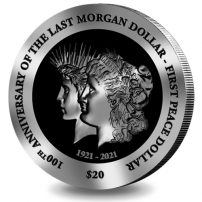 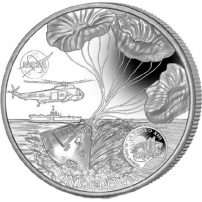 Investors and collectors in North America often think first of the Royal Mint of England when looking into British Silver Coins. However, there are silver coins issued for British overseas territories by mints other than the Royal Mint. The Pobjoy Mint is a privately-owned mint in England’s Surrey County, just one hour from London, which issues British Silver Coins on behalf of governments around the globe. The mint has a particular focus on coining silver for Britain’s remaining overseas territories.

The BVI Silver Pegasus Series was introduced by the Pobjoy Mint, a family-owned private mint in Britain, in 2017. The collection is available annually for the British Virgin Islands, a British Overseas Territory consisting of the four major islands of Tortola, Virgin Gorda, Anegada, and Jost Van Dyke, along with roughly 50 smaller islands and cays. The BVI uses the US Dollar as its official form of national currency, with each coin in the BVI Pegasus Series feature a denomination noted on the reverse. The 2017 coin had the face value noted as “One Dollar,” though the 2018-onward releases have the face value noted as “$1.”

There have been two different designs on the reverse of the BVI Silver Pegasus Series. The debut design in 2017 was different than the subsequent images of the Pegasus released in 2018. Details of the two separate designs include:

On the obverse of all BVI Silver Pegasus Coins, you will find a right-profile portrait of Queen Elizabeth II. Her Majesty features here with her shoulders included in the portrait. In the design, the Queen is wearing a necklace and earrings, along with the George IV State Diadem Crown on her head. The nation of issue, name of the monarch, and the date are inscribed around the design element.

BVI Pegasus Silver Coins were available in 2017 with only 1 oz silver coin capped at a mintage of only 50,000 coins. In 2018, 2 oz and 5 oz silver coins were introduced and have been available each year. All coins have .999 pure silver content. Additionally, each coin is available with a reverse frosted finish. This is another term for reverse proof, delivering mirrored designs over frosted backgrounds.

Another series of popular coins from a British Overseas Territory is the recently-introduce School Crest of Wizardry Series. This unique collection of silver coins is issued on behalf of Gibraltar, a small rock of land at the southern tip of the Iberian Peninsula that is just 2.6 square miles in space and only accessible by land through Spain. The land was captured by Anglo-Dutch forces during the War of the Spanish Succession in 1704, and later ceded to Great Britain in perpetuity through the 1713 Treaty of Utrecht. The popular new series of School Crest of Wizardry Series coins celebrate the beloved Harry Potter Series. Specifically, the series focuses on the individual house crests from Hogwarts School for Witchcraft and Wizardry.

The five-coin series features a crest for the school itself, and one coin design for each of the four student houses within Hogwarts. Each coin has 9.5 Grams (.3054 Troy oz) of .999 pure silver with a face value of 1 Pound sterling. The coins are limited to 10,000 coins per design and each one comes in a presentation card with a unique serial number and certificate information. The coins ship inside of a capsule with a separate Certificate of Authenticity card. The designs featured in this series include:

All of the silver coins in this release have the name of the house below the crest, and the words “Harry Potter” above. The weight, purity, and metal content are featured on this side of the coins. The obverse of all coins features a right-profile bust of Her Majesty, Queen Elizabeth II. In this unique design, the Queen is shown from the neck up with earrings on and the George IV State Diadem Crown on her head. There is a beaded border design, with inscriptions within that border that identify the nation of issue, date of issue, face value, monarch’s name, and the phrase “D.G. Regina.”

The Falkland Islands are a British Overseas Territory on the Patagonian Shelf in the South Atlantic Ocean just 300 miles off Argentina’s Patagonia coast. The islands in the archipelago include East Falkland, West Falkland, and roughly 776 smaller islands. Since 1833, the islands have been ruled by Britain, though Argentina maintains a claim to the islands that resulted in all-out war in 1982, which is the source of this commemorative bullion coin.

The 2017 1 oz Falkland Islands Anniversary of Liberation Coin was issued to mark the 35th anniversary of the British liberation of the islands following an invasion by Argentina. In April 1982, Argentine forces invaded the Falkland Islands and the nearby British territories of South Georgia and the South Sandwich Islands. Argentina invaded to restore its claim to sovereignty over the islands. The British response included a naval task force to counter the Argentine incursion.

In the 10-week war that followed, 649 Argentine military personnel, 255 British military personnel, and 3 Falkland Islanders died. In the end, the British forced an Argentine surrender and the islands returned to British rule on 14 June 1982. The Falkland Islands Anniversary of Liberation Coin celebrates British victory and rule over the Falklands with a reverse image of Britannia looking out over the seas as a symbol of the British Royal Navy’s reach and power. The coins have a face value of 1 Crown and contain 1 Troy oz of .999 pure silver. There was a limited mintage of 42,671 in this issue.

On the obverse of the coin is Pobjoy Mint’s exclusive portrait of Queen Elizabeth II. This right-profile portrait depicts the Queen wearing the royal diadem and includes engravings of her name, the nation of issue, and the year of issue. These Falkland Islands coins, like the British Virgin Islands specimens, are reverse proof.

About the Pobjoy Mint

The Pobjoy Mint is the largest privately-owned mint in Europe. Located just outside of London in the county of Surrey, Pobjoy Mint was founded by the Pobjoy Family in 1965 and focuses on the production of high-quality coins and medals for governments and other central banks around the world. The Pobjoy Family has a history of metal craftsmanship and medallion production that dates back 300 years, and the mint’s managing director today is Taya Pobjoy, a second generation Pobjoy family member running the mint’s operations. Other governments Pobjoy works with include Ascension Island, British Indian Ocean Territory, Fiji, Isle of Man, and Niue.

If you have questions about the silver for sale here, please don’t hesitate to ask. JM Bullion customer service is available to you at 800-276-6508, online using our live chat, and via our email address.