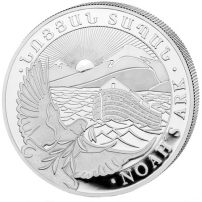 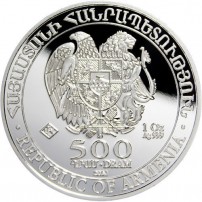 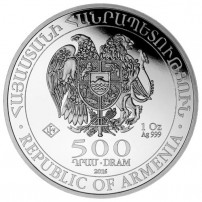 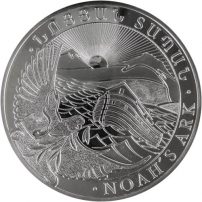 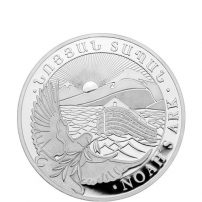 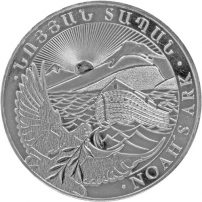 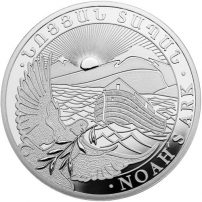 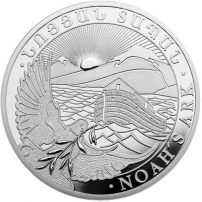 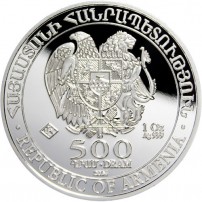 One of the most popular coins from the European continent comes from one of its smallest nations. The Central Bank of Armenia offers backing to the popular Noah’s Ark Silver Coins issued on behalf of the nation of Armenia. Located in the southeastern reaches of Europe where the continent meets the Asian continent along the borders of Turkey, Armenia is rich with history and one of the most famous stories in human history came to a conclusion here. The tale of Noah’s Ark from the Christian bible is the inspiration for a popular series of silver coins for sale through the Central Bank of Armenia and German’s Geiger Edelmetalle mint.

Prior to 2011, the Central Bank of Armenia had partnered with Geiger Edelmetalle’s Leipziger Edelmetallverarbeitungs (GmbH) on the minting of coins with the Noah’s Ark design, but these early specimens were largely limited-issue collectible coins rather than a dedicated bullion program. In 2011, that changed with the introduction of the new Armenian Silver Noah’s Ark coinage.

The coins arrived from the Central Bank of Armenia at a time when silver prices were surging and the demand for silver was nearly insatiable in the global market. The coins were initially available in 1/4 oz, 1/2 oz, and 1 oz silver options. Since that time, 5 oz, 10 oz, 1 Kilo, and 5 Kilo coins have been added to the popular series. In its history, the 1/4 oz and 1 oz coins have proven the most popular on an annual basis.

Similar to other annual-release silver bullion programs, the Armenian Silver Noah’s Ark coins feature the same designs on the obverse and reverse sides of the coin each year. The obverse side of the coin features the coat of arms for the Republic of Armenia. This design includes an eagle and a lion behind the national shield. Look closely at that shield and you’ll notice that Mount Ararat is depicted in the center with a vision of Noah’s ark resting on its peak. Surrounding the crest are engravings in both English and Armenian that include the nation’s name “Republic of Armenia,” along with the coin’s weight, metal content, purity, face value, and the “LEV” rhombus of the GmbH minting facility.

On the reverse side of the Armenian Silver Noah’s Ark coins is a design from Eduard Kurghinyan. The design elegantly recalls the narrative from Genesis in the Bible in which God sends a mighty flood to wipe out life on Earth. Only two of each animal species and Noah’s family were spared death, floating upon the flood waters for 40 days in an ark he constructed at God’s request. You’ll notice the calming waves of the flood waters as the ark floats upon the water. The background depicts the sun rising over Mount Ararat as a dove flies into the foreground with a branch in its beak. Engravings on this side are again in both English and Armenian, and read “Noah’s Ark.”

All of the Armenian Silver Noah’s Ark Coins feature .999 pure silver with a face value in the Armenian national currency, the Dram. The individual face values assigned to the various coins are based around the 500 Dram value of the 1 oz coin.

Mintage, Availability, and Packaging of the Noah’s Ark Coins

Mintage of the coins has ebbed and flowed with demand over time, by in large, but the 1/4 oz coin has proven the most stable in terms of demand. Mintage of the 1/4 oz coin has grown annually between 2014 and 2018. Since 2012, the Central Bank of Armenia has authorized the production of the coin in the seven weights mentioned earlier, with the 5 oz, 10 oz, 1 Kilo, and 5 Kilo coins having the lowest mintage figures by far in the series. For example, the highest mintage ever for the 5 Kilo coin was 476 coins in 2014.

Armenia was the first modern nation in the world to adopt Christianity as its official state religion. Given its connection to Mount Ararat, the spot where Noah’s ark came to rest in Genesis, this was no surprise. Historically, Mount Ararat was located along the border with modern Armenia and the nation of Turkey. Following the collapse of the Ottoman Empire after World War I, modern Turkey and the Soviet Union split up Armenia. Turkey took full control of Mount Ararat. This hasn’t stopped Armenians from remembering their connection to the Bible and Noah’s ark.

About the Mint behind the Series

Geiger Edelmetalle is the parent company of GmbH, the minting facility that works with the Central Bank of Armenia to produce and distribute the Armenian Silver Noah’s Ark Coins. This prestigious mint was originally established in 1218 and is considered the oldest silver trading house in Germany. Its founders were responsible for developing the silver trade that would eventually become the core of Leipzig, Germany’s economy.

If you have any questions about availability in this series or how to buy silver through our site, please don’t hesitate to ask. JM Bullion customer service is currently available to you on the phone at 800-276-6508, online using our live chat, and via our email address.