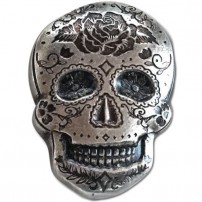 2 oz Antique Monarch Day of the Dead Rose Silver Skull (New)
As Low As:
In Stock 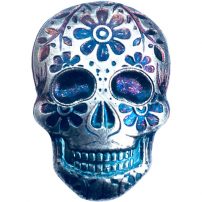 2 oz Monarch Silver Day of the Dead Marigold Skull (New)
As Low As:
In Stock 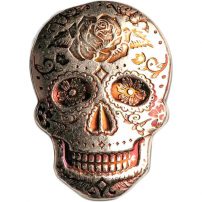 2 oz Monarch Silver Day of the Dead Rose Skull (New)
As Low As:
In Stock 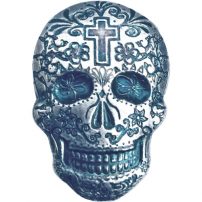 2 oz Monarch Silver Day of the Dead Cross Skull (New)
As Low As:
In Stock 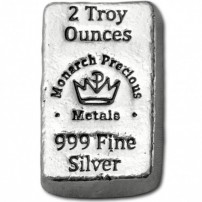 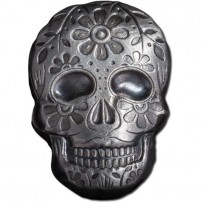 2 oz Monarch Silver Day of the Dead Skull (New)
As Low As:
In Stock 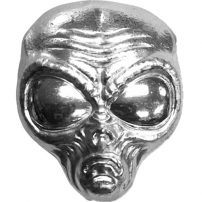 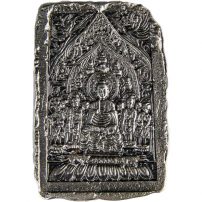 2 oz Buddhist Stele of Amitabha Silver Bar
As Low As:
In Stock 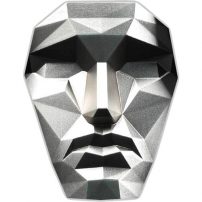 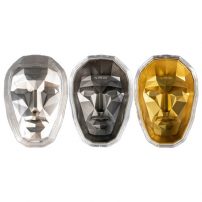 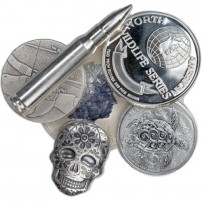 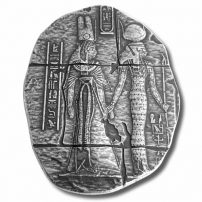 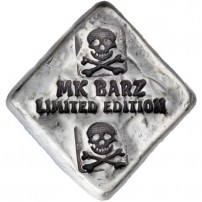 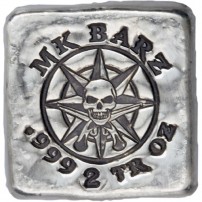 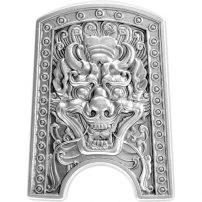 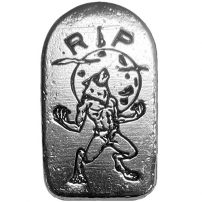 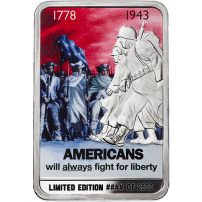 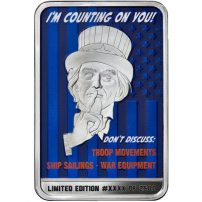 2 oz Im Counting on You Silver Bar (Fight for Freedoms Sake #3, New)
Out of Stock 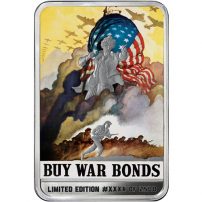 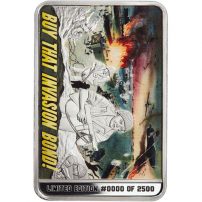 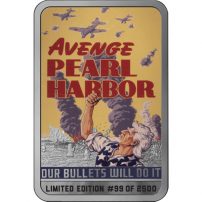 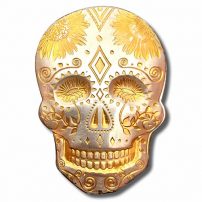 While there are a lot of options to choose from when you buy silver bars online, not all of the available weights are extremely popular or widely available. One of the more unique options you’ll find is 2 oz silver bars. Available with only a handful of designs, 2 oz silver bars are a unique way of adding to your investment portfolio. You can learn a little more about 2 oz silver below.

Although 2 oz silver bars are not as common as 1 oz silver or larger options, that doesn’t mean that you don’t have choices when shopping for silver. Like other smaller bars, 2 oz silver bars offer an affordable option when investing in silver. The smaller size of these bars also means it is easier to store and transport.

As you shop for 2 oz silver bars, you’ll typically find branded silver bullion from a handful of refineries. Branded silver bullion bars tend to feature simplistic design elements that include the mint or refinery logo. In some cases, the reverse side of the bar is left blank. Monarch Precious Metals produces hand-poured 2 oz silver bars with a stackable design. Although they have a rustic design, Monarch produces them with squared edges and a rectangular design that is ideal for stacking and easier storage.

The Fight for Freedom’s Sake

One of the more distinctive options in the 2 oz silver bar range is a four-bar design collection from Osborne Precious Metals. This colorized 2 oz silver bar set is known as the Fight for Freedom’s Sake. The designs on each of the bars in this collection were inspired by propaganda posters produced by the US federal government’s War Board to drum up support among the American populace for entering World War II. As a brief background on the concept, the federal government often employed or utilized volunteer artists during WWII to create visual posters extolling the virtues of America’s entrance into World War II. Many of the posters encouraged Americans to buy war bonds to provide financial support to the war effort. These posters were created with full-color visuals and hung in public spaces from libraries and grocery stores to schools and government buildings.

For each of the releases in this series, Osborne limited the mintage of the 2 oz bars to just 2,500 pieces. Each one was packaged in a specially made protective acrylic capsule and offered with a Certificate of Authenticity. The obverse field of each one had the colorized imagery, while the reverse design of each bar was the same across the series and had no colorization. The reverse field featured a team of American GIs providing cover fire for advancing friendly fighters. Lastly, each bar was assigned its own unique serial number.

As for the obverse designs, each one of the four releases was reflective of a different propaganda poster used by the United States during the war. These images included (in order):

Another unique release that is regularly issued by a private mint comes from Monarch Precious Metals. Each year, Monarch issues silver Day of the Dead Skulls in honor of the Mexican cultural celebration known as Dia de Muertos. Beginning on Halloween and running through November 2nd, the three-day celebration is a time for those of Mexican heritage to stop the hustle-and-bustle of life to remember those dearly departed. Rather than a mournful time, Dia de Muertos is meant to be a time to celebrate the life of those who have gone before.

One of the prominent pieces of Dia de Muertos celebrations is the use of sugar skulls. Also known as the Calavera, sugar skulls have a long history that predates the arrival of Christians in Central America. It is rooted in ancient Aztec celebrations that were eventually combined with those of the Spanish Christians that colonized the region. Sugar skulls were initially meant as decorative pieces to honor the dead by adorning their graves. In the modern era, sugar skulls have become a fun treat passed out to young children during the festival period.

Monarch Precious Metals primarily refines sugar skulls in 2 oz silver. The 3D skulls have a flat reverse, with brilliant relief and detail on the obverse. The “smiling” skulls are offered with different design elements ornately included within the silver skulls. For example, the Marigold release has marigold flowers included throughout the image of the skull. Alternatively, the Rose release replaces the marigold with countless rose petals throughout the design of the skull.

Another unique facet of these Monarch Precious Metals silver skulls is the toning. Monarch produces the skulls in several batches, resulting in different toning possible depending on the specific batch the skull was produced in. While some of the toning results in simple colors of grey-and-black or a told hue, others offer a range of toning colors such as blues, purples, and even several colors on one skull.

You’ll find a handful of mints, such as Monarch Precious Metals, Atlantis Mint, MK Barz, and others producing 2 oz silver bars. If you have any questions about these products, please don’t hesitate to reach out to JM Bullion. Our customer service team is available to you at 800-276-6508, online using our live web chat, and via our email address.