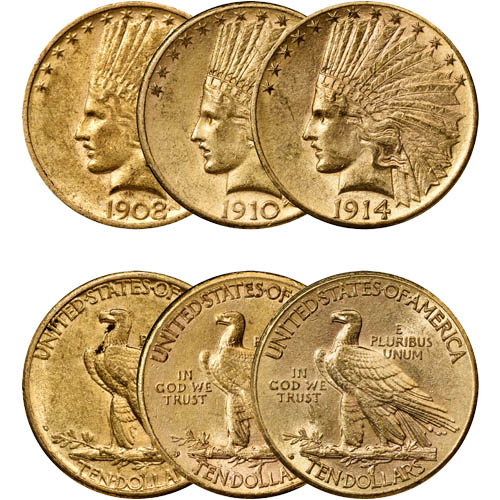 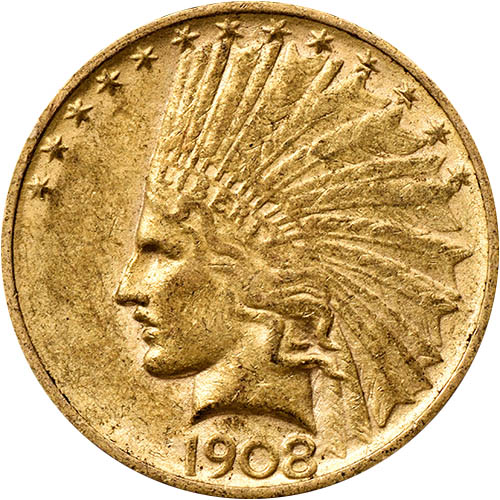 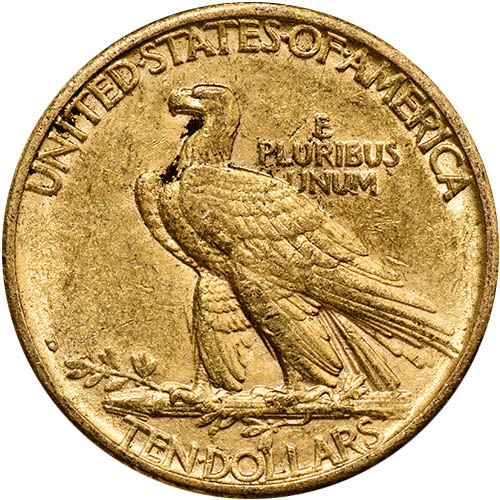 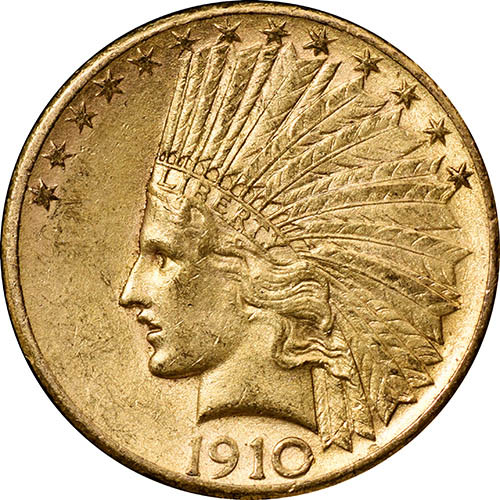 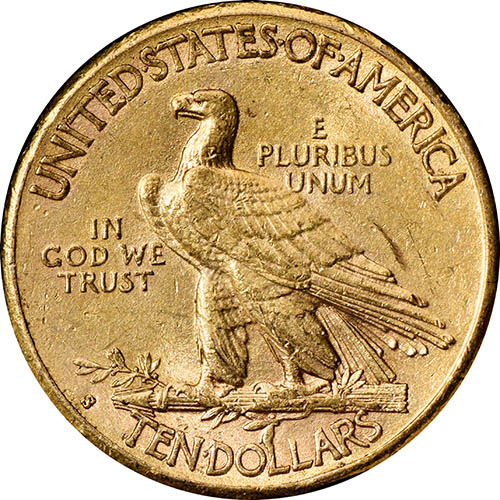 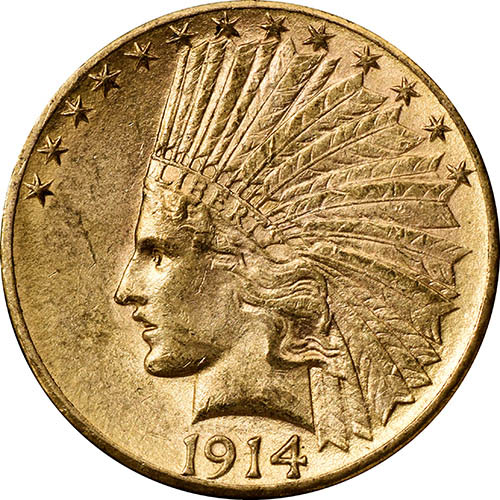 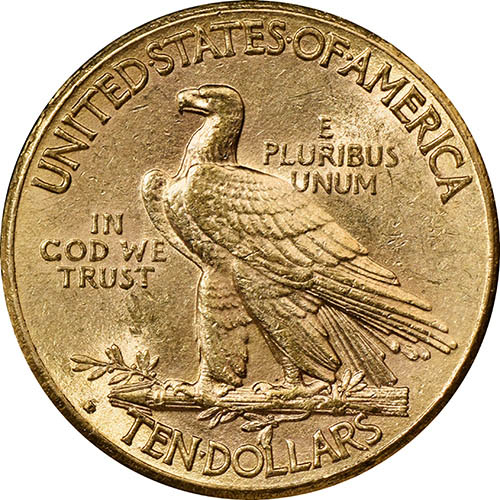 There are several rare date marks that still exist today from the Pre-33 $10 Indian Gold Eagle Series. In this 3-coin set, you receive three of those rare specimens. The 1908-D No Motto is one of only two date marks in the series that lack the national motto IN GOD WE TRUST on the reverse of the coins. All 1907 coins were issued without the motto, but only a small fraction were issued in 1908 without the motto before the mint heeded a Congressional mandate to include the motto.

As for the 1910-S and 1914-D coins, each one has its own respective tale to tell as well. The 1910-S had a high mintage for the era with 811,000 coins issued. However, less than half of 1% of that original mintage survives today. The 1914-D was struck just as World War I was starting in Europe. Most 1914-D coins were either heavily circulated and then melted in the 1930s or sat in mint bags in Europe after having been sent over during and after World War I as foreign payments, only returning to the US after World War II. Even then, those coins were heavily marked from sitting in bags together and have poor visual quality. Just 3% of the original mintage of 1914-D coins remains today.

All Pre-33 $10 Indian Gold Eagle 3-Coin Rare Date Sets are available to you with individual plastic flips for each coin. The individual coins are in Extremely Fine+ condition, meaning the coins have light wear only on the highest relief points with some traces of the original mint luster.

Please don’t hesitate to contact JM Bullion with any questions when you buy gold. Our team is available at 800-276-6508, online using our live chat, and via our email address.