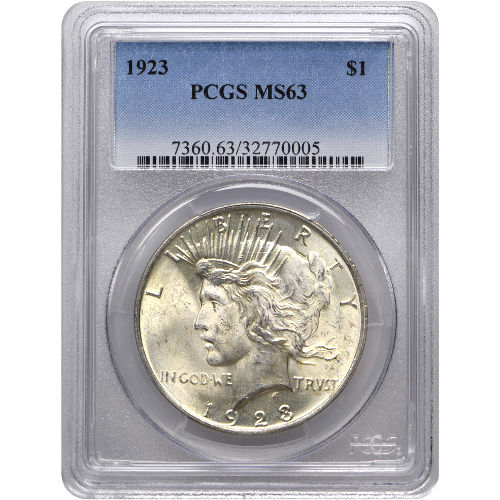 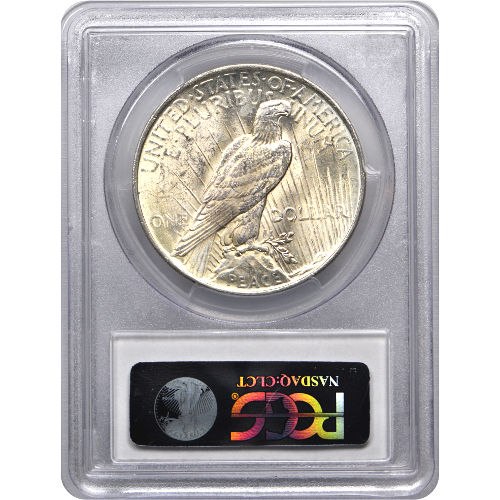 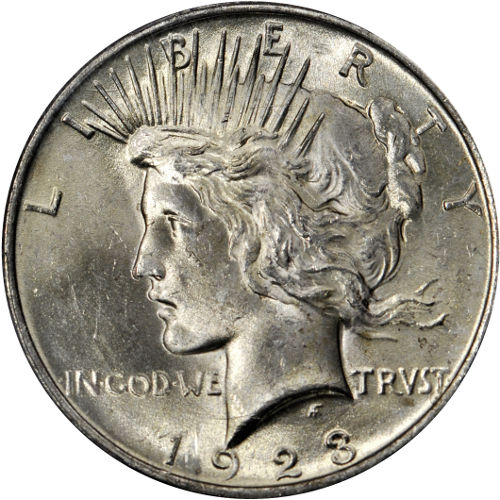 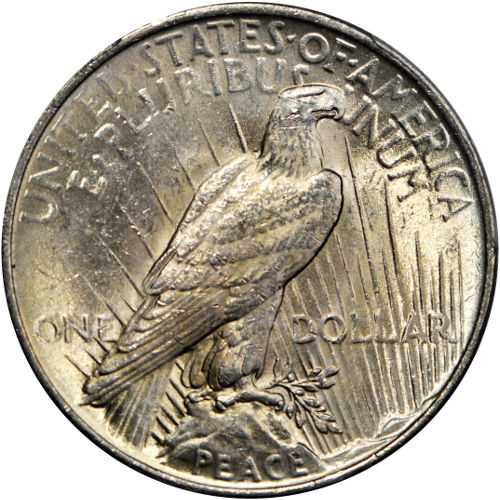 One of the most unique coin designs in American history is also one of its shortest-lived creations. The Peace Silver Dollar coin was the result of the nation’s fragile psyche following its intervention in World War I, its victory with the Allied cause, and its desire to remain isolated and living in peace. The Peace Silver Dollar Coin is now available from JM Bullion in MS63 condition

In the aftermath of World War I, Congress authorized the United States Mint to produce silver coins again in 1918. The Mint did not have a new design prepared and blanks ready for striking until 1921. The coins were produced from 1921 to 1928, and again in 1934 and 1935.

The design was created by Anthony de Francisci, who at just 34 years old was the youngest competitor in the contest for a design of the new silver dollar coin. He was not only the youngest artists in the competition, but also the one with the least experience when it came to create designs for coinage.

On the obverse face of the Peace Silver Dollar coin is the left-profile portrait of a young version of Liberty. Her facial features were softened and her crown transformed to reflect America’s innocence in the years following World War I.

The reverse side of the Peace Silver Dollar depicts the American bald eagle at rest on a quiver full of arrows, which is intertwined by an olive branch. The imagery, which was refined from the original designs, was meant to reflect the nation’s desire for peace and rest following the carnage of World War I, but also its readiness to react in defense of itself.

Each of these Peace Silver Dollar coins has a Mint State 63 grade from the PCGS. Coins in this condition exhibit slightly impaired mint luster, and features numerous small contact marks, as well as scattered heavy marks or blemishes.

If you have any questions about the Peace Silver Dollar in MS63 condition, please feel free to contact JM Bullion. Our associates are available on the phone at 800-276-6508, online using our live web chat, or via our email address.