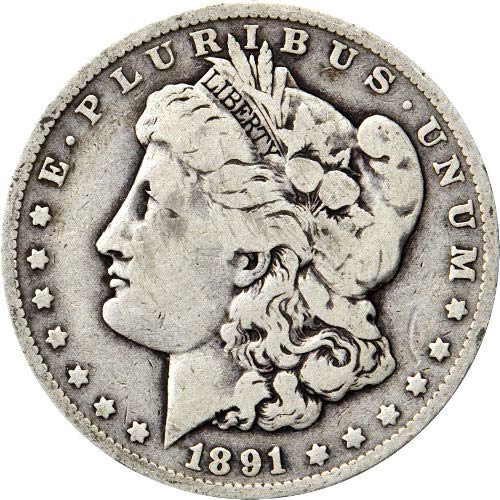 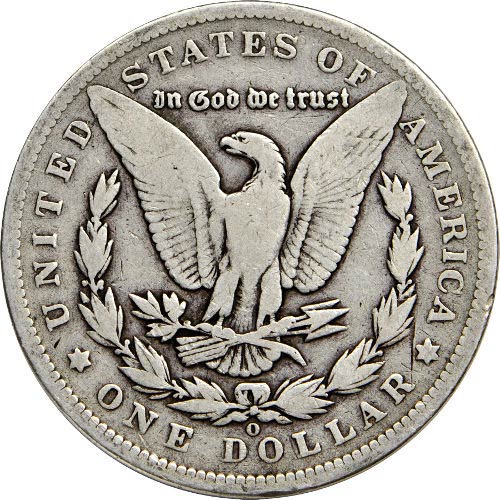 Few coins in American history are more popular than the Morgan Silver Dollar. After a five-year hiatus in the production of silver dollar coins in the US, this inspiring design from a British citizen new to life in the US went on to become one of the most collectible and rare coins in American history. Today, the Morgan Silver Dollar Coin is available from the original production range with a VG+ grade courtesy of JM Bullion.

Prior to 1873, Americans could bring in silver stores to the Treasury Department to be coined into US silver dollars. The Coinage Act of 1873 not only brought an end to the free coining of silver in the US, but also halted the production of American silver dollars. This resulted in the end of the use of the Seated Liberty Dollar design.

With passage of the Bland-Allison Act following 1873, silver mining interests failed to restore free silver coining in the US, but did manage to force the Treasury to commit to purchasing a set amount of silver each year to coin into dollars on a monthly basis. Rather than revive the Seated Liberty Dollar design, George T. Morgan was tasked with creating what would become known as the Morgan Silver Dollar.

On the obverse is the image of Lady Liberty in left-profile relief. The Morgan Silver Dollar was the first American coin to depict Liberty as an American woman, rather than using the previous Greek style to depict Liberty. Engravings on this face included the saying E Pluribus Unum, 13 stars, and the year of issue.

The reverse of all Morgan Silver Dollar coins featured the image of the American bald eagle with its wings spread wide and clutching arrows and an olive branch in its talons. Engravings on this face included the nation of issue, the national motto, and the coins face value.

Each of these Morgan Silver Dollar coins is from the original production period of 1878 to 1904. The Very Good grade is equivalent to a Sheldon Scale rating between 8 and 10, with a design worn with slight detail, and slightly clearer than worse conditions. The plus indicates a Very Good coin with exceptional eye appeal for the grade.

If you have questions, please dont hesitate to contact JM Bullion. Our customer service associates are available at 800-276-6508, online using our live chat, or via our email address.

EDWARD from - September 29, 2020
"They arrived and look better than I thought they would. Very happy with JM."

MITCHELL JR from NY - September 12, 2020
"Ordered 10 of these and received 8 different years, all of which look wonderfully historic and make great gifts for my nephews."

Joshua from FL - July 18, 2019
"Have bought and received 4 of them YTD, all were great as expected. No issues, would recommend to anyone!"

Tom from OH - September 13, 2017
"Received 20 Morgans today. Great condition and date variety. Pieces of American History. I will gift to Grand Children as you are more apt to care for something if you own a piece of it."

Thomas from WV - September 05, 2017
"Ordered 27 Morgan silver dollars and 20 of them are for only 3 dates. Very disappointed. The service was ok, just expected more different dates."

Thomas from VA - January 05, 2017
"I just got two Morgans that I ordered. One was an 1882 that looked like it was in VG condition and another one was an 1881-O that actually looked better than VG ! Thanks JM Bullion!"

Keith from VT - August 16, 2016
"I just got four of the Morgan Silver Dollar and they came in VG Grade and all four different years. love that and the coins to JM grate job."