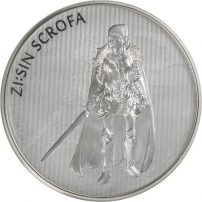 When it comes to the purchase of gold and silver from mints or refiners, investors and collectors have a wealth of options in front of them. Private refineries around the globe strike precious metal rounds and bars, while mints (sovereign and private alike) strike bullion and commemorative coinage alongside other production duties. KOMSCO a government-owned corporation in the Republic of Korea (South Korea) that is responsible for both the production of silver and gold bullion, as well as other national printing and coining duties.

Currently, KOMSCO is ramping up its production of gold and silver for the global precious metal market. In 2016, it debuted a new series known as the Chiwoo Cheonwang. More recently, a 12-coin selection known as the Zi:Sin Series debuted that will include 12 different designs over the course of the release schedule. You can learn all about KOMSCO and its products below!

The mint operates a highly sophisticated facility in Daejeon, South Korea, where it places high priority on research and development, as well as innovation and evolution in security technology. The Silver Clay Chiwoo Cheonwang medal is just one of the many brilliant products manufactured by KOMSCO on an annual basis.

Association with the Bank of Korea

As of 2017, KOMSCO is growing its international profile as a national mint with global aspirations. Already the sole currency producer for South Korea, the mint is both rolling out new South Korean gold and silver bullion for investors and offering its services to other nations. KOMSCO is increasing the export of banknotes, security papers, and electronics passports with its anti-forgery technology to nations across Central and East Asia, as well as Europe and Africa. Currently, KOMSCO produces 600 different types of products for other South Korea and other nations that include commemorative banknotes, medals, welfare cards, and even civil servant ID cards. Examples of its expansion include banknotes exported to Indonesia, printing inks to Canada and Switzerland, and even 3 million electronic ID cards to Kyrgyzstan.

KOMSCO launched the South Korean Chiwoo Cheonwang Medals in 2016 with just a 1 Troy oz weight offered. The design features of that original release depict the fearsome God of War standing on the ground bearing his traditional shield, wearing his feared mask, and brandishing a long spear in his right arm. On the face of his shield you’ll notice a depiction of the mask that traditionally covers his face.

Flip the medal over and you’ll find a close-up, detailed depiction of Chiwoo Cheonwang’s shield. The image is surrounded by identifying engravings that include the year of issue, metal type, purity, nation of issue (Republic of Korea), and the phrase “1 Clay.”

The latest addition to the collection of South Korean silver and gold coins from KOMSCO is the Zi:Sin Series. The collection has two different designs ready for release as of late 2017, and this include the images of Gallus and Canis. The planned 12-coin series features depictions of the Twelve Guardians from Korean cultural lore. Each silver release will feature the following highlights:

As for the gold coins released in the Zi:Sin Series, you’ll find the following highlights:

The Twelve Guardians are the battlefield generals of god in Korean culture. These are the individuals who lead the line when god’s army must march out to protect the world against evil forces. Each of the 12 individual guardians are responsible for watching a different direction, offering protection to the world from all directions at all times. The 2017 South Korean Zi:Sin Gallus is the first design release in the Zi:Sin Series.

Gallus is known as the messenger of light and he can send off a bright burst of light that blinds and terrifies god’s foes on the field of battle. Found on the reverse of the design, Gallus is dressed in his full battle regalia. His powerful roar also had the ability to instill fear in the most fearsome of evil demons, while it is said the point on his helmet enables him to see into the future to forecast what is going to happen.

Among the upcoming releases in the Zi:Sin Series you’ll find the Canis design. Canis is known as the spearhead of god’s army, standing at the front of the battle line to lead the troops in battle against the forces of evil. Canis is a guider known for loyalty and reliability who faithfully protects god while staying alert to danger at all times.

All of the coins initial released in these KOMSCO bullion collections were in BU condition. Coins in this condition exhibit no signs of wear and tear, but may include minor flaws from the coining process. You might notice breaks in the luster, spotted surfaces, and contact marks.

JM Bullion proudly accepts a variety of payment methods for the KOMSCO bullion coins you purchase. We accept most major credit/debit cards, with an average one-business-day processing time. Bank wire and PayPal transactions are processed immediately, releasing your coins into our shipping queue the fastest. Paper check payments are accepted, but take an average of four to six business days to process. Both paper check and bank wire transactions quality for a 4% discount.

If you have any questions about KOMSCO products, don’t hesitate to reach out to JM Bullion. Our associates are available on the phone at 800-276-6508, online using our live web chat feature, or via email.