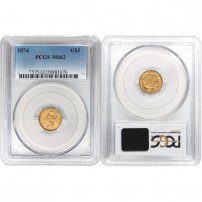 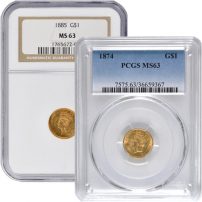 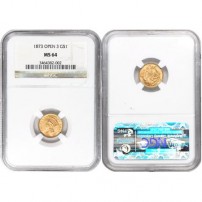 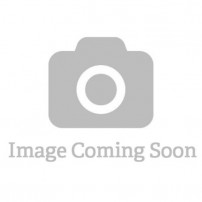 Throughout the 1840s and into the early 1900s, it seemed as though the US Mint was attempting to mint a gold coin in every denomination. The $1 Indian Head Gold Coin lends credence to that belief as it is yet another gold coin produced in the midst of the California Gold Rush. As much as this coin is similar to the host of other gold coins produced by the US Mint during this time, it is also entirely different. Seeing as even the newest editions of these coins are pushing 125 years, it is no wonder why we are so excited to be offering them.

James B Longacre is credited with providing the inspiration for the design adapted by the $1 Indian Head Gold Coin. The design of this coin is incredibly unique and features a combination of the obverse images present on a host of other US Mint coins produced around the same time as the $1 Indian Head.

The coin’s obverse depicts Lady Liberty as a Native American princess wearing an ornate headpiece. The strangest part of the obverse’s design is the fact that the headpiece depicted atop Lady Liberty’s head does not resemble any that has ever been used by Native Americans. The headdress itself is equipped with a “Liberty” inscription while the words “United States of America” make up most of the outer edges.

The reverse side of the coin depicts Longacre’s rendering of an agricultural wreath said to blend the produce of both the Northern and Southern United States. In the wreath are corn, cotton, wheat, and tobacco. The central region of the coin's reverse plays host to both the $1 face value, as well as an indication of the year in which the coin was minted.

The Gold Dollar, as it is referred to in much of the United States, was in circulation beginning in 1849. The series started out with the Type 1 Liberty Gold Dollar and ended with the Type 3 $1 Indian Head Gold Coin which was introduced in 1856.

The Gold Dollar was generally not very popular in the United States during its production because it was labeled as being too small and often mistaken for a small, less valuable silver coin. In order to revamp the coin’s image, the Type 3, along with its brand new design, was introduced barely more than 5 years after the Gold Dollar was first minted. It was an infinitely more popular coin and managed to be continuously produced for more than 40 years. To put things in perspective, its production both preceded and outlasted the entirety of the American Civil War.

As was the case more than 120 years ago, the $1 Indian Head Gold Coin is often overlooked by investors who are searching for “more popular” US Mint coins. For other investors, the opportunity to attain a 100+ year old coin with a gold content of 90% is almost irresistible. Collectors also enjoy this coin because it is an oft-forgotten facet of the history of American coinage.

Every order over $199 we ship out is done so free of charge and fully insured against the unlikely occurrence of damage or loss. What’s more, we ensure the protection of each and every coin by packaging cleaned coins in protective vinyl coin flips and by shipping certified coins in their certified plastic slabs. If you have any questions about our free shipping, the $1 Indian Head Gold Coin or any of our other products we encourage you to give us a call at 800-276-6508. You can also take advantage of our live chat feature or email to get in touch, as well.