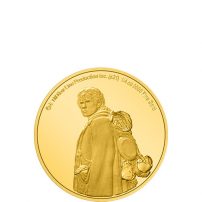 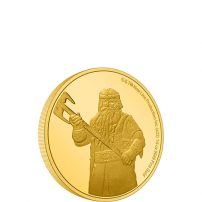 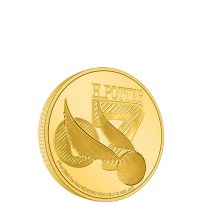 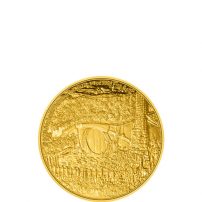 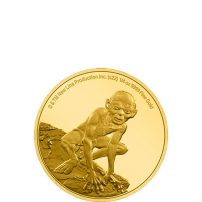 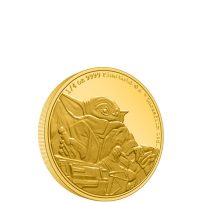 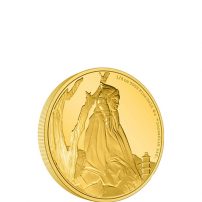 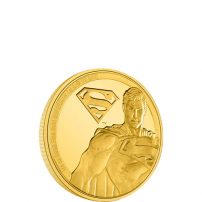 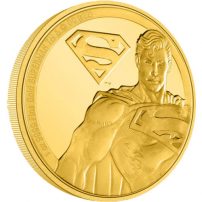 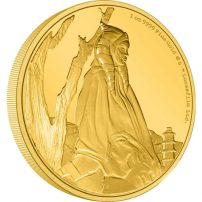 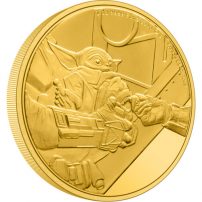 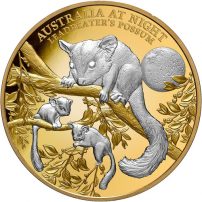 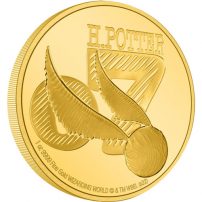 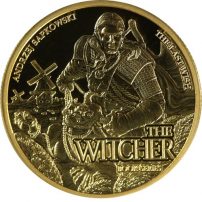 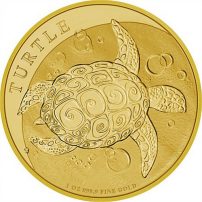 The New Zealand Mint may not be a sovereign minting facility, but it does plenty of work minting sovereign coins for other nations in the South Pacific. One of the nations with the largest profile of gold and silver coins from the New Zealand Mint is Niue. This small South Pacific nation has an outsized profile on the global precious metals stage, with countless coin programs struck and released in its name.

The island of Niue is located in the South Pacific Ocean, roughly 1,500 miles northeast of the nation of New Zealand, east of Tonga, south of Samoa, and west of the Cook Islands. The island itself is just 100 square miles in size and has a predominantly Polynesian population of around 1,190 people.

Niue occupies a unique niche in the world order. The nation is a self-governing state that exists in free association with New Zealand. The vast majority of diplomatic relations for Niue are handled by the nation of New Zealand on behalf of the people of Niue, and the populace are citizens of New Zealand with Queen Elizabeth II serving as head of state in the capacity of Queen of New Zealand.

Most of Niue’s people, 90-95%, actually now live in New Zealand, along with 70% of those who actually speak the Niuean language. The official languages of the nation are English and Niuean, and the nation’s economy uses the New Zealand dollar as its official currency.

Most, though not all, of the gold coins issued for the island nation of Niue come from the New Zealand Mint. Examples of collections from the NZ Mint include gold coins in the Mickey Through the Ages collection, the Niue Hawksbill Turtle series, and the various Star Wars-themed programs issued at the mint.

Mickey Through the Ages Information

For the Mickey Through the Ages collection, the New Zealand Mint has followed a popular design motif in its catalog that focuses on the many characters made popular by the Walt Disney Company over the course of nearly 90 years. Of course, chief among those characters is the mascot for the entire company, Mickey Mouse.

Mickey Mouse made his debut in a brief pre-screening of the animated short Plane Crazy in 1928, but he would later become a national phenomenon in the United States in 1928 with the release of Steamboat Willie. That latter animated short was the first ever created that synced the voices and sounds of Mickey Mouse with the actions on the screen, and also introduced the world to his girlfriend, Minnie Mouse.

From there, Mickey Mouse has exploded into a global cultural icon that is recognized easily by children and adults around the globe. The Mickey Through the Ages collection from the New Zealand Mint chronicles the maturation and appearances of Mickey Mouse over the course of his early animated shorts and, eventually, more recent films. The following paragraphs explore the Niue Gold Coins from the Mickey Through the Ages collection currently available from JM Bullion, and feature in order of release.

These coins are available in ½ Gram, ¼ Troy oz, and 1 Troy oz weights. Each one features a face value in New Zealand dollars and .9999 pure gold content. The coins have different mintage figures for each weight, as well as representative face values. Details include:

All of the coins in the Mickey Through the Ages collection of Niue Gold Coins are available with individually numbered Certificates of Authenticity to validate your purchase, making for the perfect collectible piece for any serious numismatist.

Additionally, the coins in the Mickey Through the Ages collection all share the same obverse design facets. The obverse of all Niue Gold Coins from this collection bear the traditional right-profile portrait of Queen Elizabeth II. Created in 1998 by Ian Rank-Broadley, this serves as the fourth-generation image of Her Majesty and features on all commonwealth coins.

The first release in the Mickey Through the Ages series was The Band Concert coin design. Released in 1935, the animated short The Band Concert was the first Disney cartoon released in color. In the short, Mikey features as the leader of a band that struggles to perform the William Tell Overture as Donald Duck, who features as a concessions vendor desperate to join the band, interferes with the playing of “Turkey in the Straw.”

Design features of this particular release include:

Walt Disney Productions and RKO Radio Pictures released the animated film Brave Little Tailor in 1938, featuring Mickey Mouse in the titular role of the humble tailor. The film is based upon the fairy tale “The Valiant Little Tailor” from the Grimm Brothers.

In the film, Mickey plays the role of the tailor who takes on the monumental task offered by a king to kill a giant that has been terrorizing his small kingdom. Mickey steps forward inadvertently to become the town’s chosen warrior, bragging that he “killed seven with one blow,” not realizing the peasants were discussing warriors who have killed giants and not the flies he killed in his workshop.

The film was nominated for the 1939 Academy Award for the Best Animated Short Film, but actually lost out to another Disney film in the form of Ferdinand the Bull. To this day, the Brave Little Tailor film remains one of the most expensive ever produced by Disney.

Design features of the 2nd release in the Mickey Through the Ages collection include the following details on the reverse imagery:

Plane Crazy was released in 1928 as an animated short featuring Mickey and Minnie Mouse. In the film, Mickey attempts to build his own airplane using scrap car parts and farm equipment on a farm with the help of some of his friends. The film marks one of the first appearances of Mikey together with his girlfriend Minnie, who gives him a horseshoe for good luck before his flight.

Design features of this 3rd coin released in the Niue Gold Coins collection of Mickey Through the Ages coins include:

The Niue Hawksbill Series is a relatively new addition to the industry as a Niue-issued coin, but it is nonetheless popular. Initially offered by the New Zealand Mint as the Fiji Taku bearing roughly the same design elements of the Hawksbill turtle on the obverse, since 2014 the coins in this series have been issued for Niue instead. The Niue Hawksbill Turtle Gold coin is primarily offered as a 1 Troy oz gold coin.

On the reverse of 1 oz Niue Hawksbill Turtle Gold Coins is the image of the famed hawksbill turtle swimming through the warm waters of the South Pacific. This design has remained relatively unchanged since its issue as the Fiji Taku, with the most noticeable change being the use of the word “Turtle” in the mirrored sliver on the left that formerly read “Taku.” The bubbly waters of the ocean have a slightly matte finish to contrast the sliver and the mirrored elements used for the turtle’s design.

The obverse of Niue Hawksbill Turtle Gold coins includes the right-profile portrait of Queen Elizabeth II. The design currently in use is the fourth-generation Royal Mint of England design from Ian Rank-Broadley. Created in 1998, it is widely regarded as one of the most elegant designs of Her Majesty.

About the New Zealand Mint

As mentioned earlier, all Niue Gold Coins are struck by the New Zealand Mint, which is a private company with its headquarters in the capital of Auckland. The mint excels in producing legal tender collectible coins, gold bullion products, and medallions. It was founded over 40 years ago, and today it is the only precious metal mint located in New Zealand. Central to its global status, the New Zealand Mint can boast that it was one of the world’s first mints to adopt .9999 purity as a standard in its gold bullion products.

The mint sources all of its precious metals from international locations, producing coins and medallions using a minimum fineness of .999 for silver and .9999 for gold. The quality and impressive nature of the designs on New Zealand Mint coins puts it among the elite in the world of precious metals, with several coin programs that are coveted by the global community.

Although the mint has a brand name that insinuates it holds status as a sovereign mint, the New Zealand Mint does not print any paper bank notes or circulation coinage for the Reserve Bank of New Zealand and the national government. All New Zealand Dollar paper notes and coins are produced overseas by either the Royal Mint of London or the Royal Canadian Mint.

When you invest in Niue Gold Coins from JM Bullion, you’ll find a variety of payment methods available to complete your transaction. We accept Visa and MasterCard credit/debit cards, paper checks, PayPal transfers, and bank wire payments. Most payments process immediately or within one business day, with the exception of paper checks which take four to six business days to process.

JM Bullion proudly offers free standard shipping and insurance on all packages. If you’d like expedited shipping for your goods, that service is available for an extra charge. All products are packaged and shipped in discreet boxes, and delivered by the US Postal Service or UPS. Should your products become lost, stolen, or damaged during shipping, we’ll provide you with either a full refund of your purchase or replacement products.

If you have any questions about JM Bullion products or Niue Gold Coins, please don’t hesitate to reach out to us. You can contact us on the phone at 800-276-6508, connect with us online using our live web chat, or submit your questions to us via email. As always, continue to check back with JM Bullion to catch the latest Niue Gold Coins from product lineups offered by various mints.