1 oz Gold Maple Leaf (Random Year, Abrasions)
As Low As:
Out of Stock 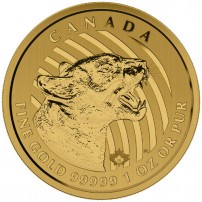 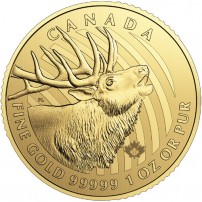 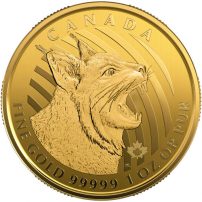 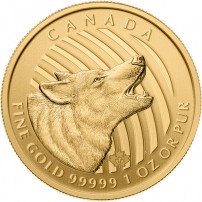 Just the second gold bullion coin of its kind made available to investors, the Canadian Gold Maple Leaf was released in 1979 following the 1967 introduction of the South African Gold Krugerrand. The idea behind modern gold bullion coins was to provide a vehicle for the private ownership of gold bullion. The Canadian Gold Maple Leaf coin may have been second in the market with its 1979 introduction, but in 1982 it became the first-ever 24-karat .9999 pure gold coin when the purity level was increased in November of that year.

Each year, the Canadian Gold Maple Leaf is released by the Royal Canadian Mint with the same basic images on the reverse and obverse sides. The reverse of the coin has always featured the sugar maple leaf design created back in 1982 by Walter Ott. Inscriptions on this face of the coin identify the nation of issue, purity level, weight, and metal content of the coin. The obverse face of the coin always features Queen Elizabeth II in right-profile relief. However, as the Queen’s portrait is regularly updated by the mint, three different images have actually on this side of the coins:

Call of the Wild Series

The Royal Canadian Mint is the largest mint in the world to dabble in the production of .99999 pure gold coins. This has been done on a number of occasions in the Canadian Gold Maple Leaf Series, but largely in very limited runs for a special occasion. The Call of the Wild Series saw the Royal Canadian Mint introduce the concept of .99999 pure gold content to a regular-issue series of coins.

The Call of the Wild Series launched in 2014 with a planned release schedule that includes one new animal design per date mark. The series, like so many others from the Royal Canadian Mint, focuses on native wildlife found throughout Canada, as well as North America as a whole. Each one of the coins in this series features the Susanna Blunt effigy of Queen Elizabeth II on the obverse and one common design element on the reverse: radiating sound waves. These lines, or waves, are meant to reflect the “call” of each animal depicted in the series. Designs available to date include:

So far in this series, all of the reverse designs of the various animals have been created by famed wildlife artist Pierre LeDuc. He had previously worked with the Royal Canadian Mint on the popular Canadian Wildlife Series of silver bullion coins produced between 2011 and 2013.

Denis Mayer Jr. created all of the reverse animal designs in this collection. Designs offered in this series to date include the following animals:

The Royal Canadian Mint was founded in 1908 to facilitate the easier production of Canadian currency for the nation. From 1858 to 1908, Canadian coinage was produced by the Royal Mint in London and shipped over. The Ottawa Mint branch location of the Royal Canadian Mint was the first to be built. It was proposed in 1890 and finally authorized for production in 1901. It would open its doors in 1908 and serve the nation as its sole mint until 1976.

By the 1960s, the Ottawa Mint was overwhelmed in terms of production capacity. A large volume of Canadian 10-cent coins were actually being produced in the United States at this point at its Philadelphia Mint location. A new facility was proposed in 1970 and finally opened in Winnipeg in 1976. Today, the Ottawa Mint handles the production of all the Royal Canadian Mint’s bullion and numismatic products, while circulation banknotes and coins are produced at the Winnipeg Mint.

For those interested in purchase Canadian gold coins, JM Bullion customer service is available to help answer any questions. You can call us on the phone at 800-276-6508, chat with us live online, or email us directly.