Introduced on May 8, 1886, Coca-Cola has been in operation for 133 years and has grown to become the most powerful carbonated beverage company in the world. In a 2015 study, Coca-Cola was ranked as the third most valuable brand in the world behind only Apple and Google. As of 2013, Coke products were on sale in 200 countries around the world with some 1.8 billion of the company’s beverages sold each day. A brand this visible is ideal for a unique release series in the precious metals industry. Starting with the 2020 Coca-Cola China Bottle Cap coin release, a six-coin series of silver cap-shaped coins for Fiji is the next hot collectible series for the year ahead. 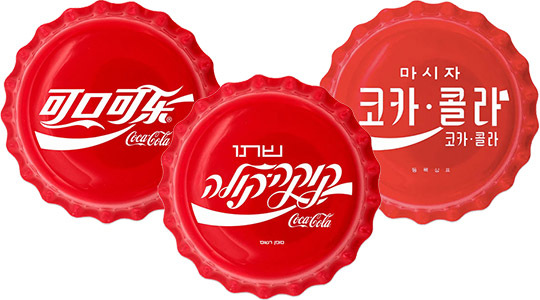 On the reverse of the 2020 Coca-Cola Global Series, Cap-Shaped Coins is the same design for each of the six releases. The Fijian Coat of Arms is showcased on the reverse with native Fijians supporting a quartered shield. Each quadrant of the shield features native flora and fauna from the islands. There is an outrigger canoe above the shield with a lion in the passant guardant pose at the top of the shield itself. Inscriptions on this face include “Fiji 2020,” “.999 Fine Silver,” and “1 Dollar.”

The Coca-Cola Global Series ships each coin individually with a limited release of just 1,000 coins per design. The coins are presented inside of a Coca-Cola red presentation tin with a Certificate of Authenticity from the mint. The coins have 6 Grams of .999 pure silver and have proof visuals that include frosted visuals and mirrored background fields.

Each individual release in the Coca-Cola Global Series comes with a script design of the Coca-Cola name in a different language. Six nations will be represented in this series in total. The China coin is issued first in the collection followed by the Israel coin, both of which are already available to purchase from JM Bullion. The following releases include Korea, Russia, Japan, and Egypt.

Brief Background of the Coca-Cola Brand

John Stith Pemberton, a Southern veteran of the US Civil War, developed the original mixture for Coca-Cola. Wounded during the Civil War, Pemberton became addicted to morphine-like hundreds of thousands of other veterans of the conflict who had suffered wounds during battle. The drink was originally conceived of as an alternative to morphine and other addictive medications while also offering some relief from the pain. As a temperance movement gained momentum following the war, Coca-Cola was marketed as an alternative to alcohol. In 1889, Asa Griggs Candler purchased the patent for Coca-Cola and eventually formed the Coca-Cola Company in Atlanta in 1892.

If you’re looking for a new series of silver coins to collect in 2020, the Coca-Cola Global Edition Bottle Cap-shaped coins are the ideal option. These new coins will be available throughout the year as each new design is released. If you have any questions, JM Bullion customer service is available to you at 800-276-6508, online using our live chat, and via our email address. Don’t forget to check our blog weekly for new posts and follow us on Facebook for daily updates.