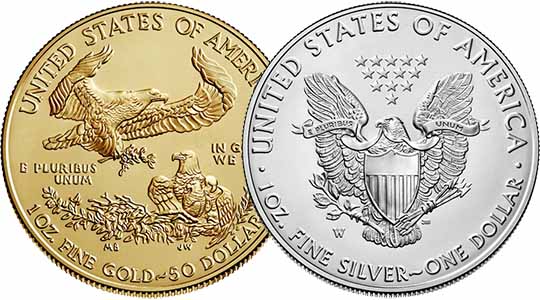 For the 35th Anniversary, New Designs will Come to the Reverse of American Eagle Coins

The American Silver Eagle and American Gold Eagle coin programs have been standard-bearers in the precious metals industry from the moment each series was launched in 1986. Most importantly, the US Mint has stuck by the designs on the obverse and reverse of these highly respected bullion coins with little real change ever being made in nearly 35 years. With the 2020 American Silver Eagle and 2020 American Gold Eagles already in production and available to investors, the current date mark and its successor could become important collectible pieces down the road. That’s because the US Mint has announced that the 35th-anniversary release in 2021 will feature new reverse designs for the first time ever. 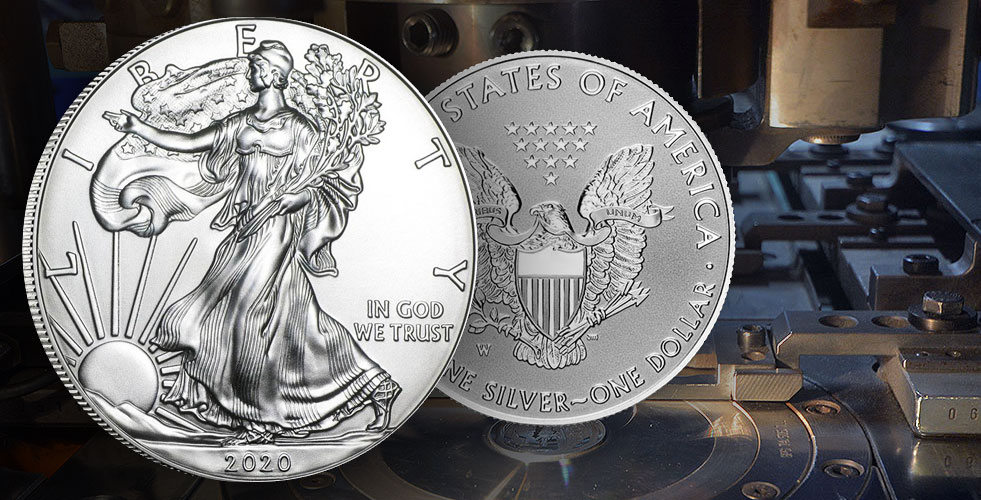 Reasons Behind the Change

In announcing this first-ever change to the design elements of the American Eagle bullion coins, the United States Mint and Treasury Secretary Steven Mnuchin cited the rising number of counterfeit Silver Eagles found in the global market and the general threat that those counterfeits pose to the continued issuance of American Eagle coins. Other mints, such as the Royal Canadian Mint, have taken measures in recent years to safeguard bullion coin programs against the threat of counterfeiting.

For example, RCM has introduced various elements to its major bullion coins to protect against counterfeiting. The first of these steps was the inclusion of radial lines in the background fields of its coins to reflect light in different patterns that would make creating counterfeits more difficult. It went a step further with its Bullion DNA, or digital non-destructive activation, program. This uses a laser micro-engraved maple leaf security mark with digital coding inside and a small date mark matching the year of issue for the coin.

Importance of the Timing

The timing of the US Mint’s move to alter the reverse designs of these two flagship coins is no coincidence. First and foremost, the US Mint is making the move for 2021-dated coins because that date mark represents the 35th anniversary for the program. Introducing a new design on the reverse of each with included security features will add to the interest the coins are sure to experience already courtesy of the value behind that 35th-anniversary date mark. The current plan is to roll out the new designs and security features on the bullion version of each coin first and then introduce those new facets later on for the proof and burnished versions.

Another reason behind the timing has to do with federal law. For centuries now, the Treasury and United States Mint have had to abide by federal law that dictates coin designs must continue unchanged on a coin for 25 years before alterations can be considered. This puts some added pressure on the US Mint to get both its new designs and the included security features right in 2021. Once changed, the coins will not be allowed to be altered again for another 25 years.

This is the first time that any of the major design elements of the American Silver Eagle or American Gold Eagle have ever been changed. Since 1986, Adolph A. Weinman’s Walking Liberty has featured on the obverse of the Silver Eagle and Augustus Saint-Gaudens’ Lady Liberty from the $20 Gold Double Eagle has featured on the American Gold Eagle. The designs to be replaced on the reverse include John Mercanti’s heraldic eagle of the United States on the Silver Eagle and Miley Busiek-Frost’s image of a family of American bald eagles on the reverse of the Gold Eagle.

One minor change has once been made to the American Gold Eagle coins. Gold Eagles issued from 1986 to 1991 had date marks on the obverse field listed in Roman numerals. Beginning in 1992, that was changed to include Arabic numerals instead to take up less space in the design.

Watch for More on the Designs from JM Bullion

As soon as the new designs are announced, we’ll follow up with our readers to provide more insight on the 2021 American Eagle designs. Until then, don’t forget to visit our blog on a weekly basis for new posts and follow us on Facebook for all the latest information and the chance to win precious metals in our spot price contests.