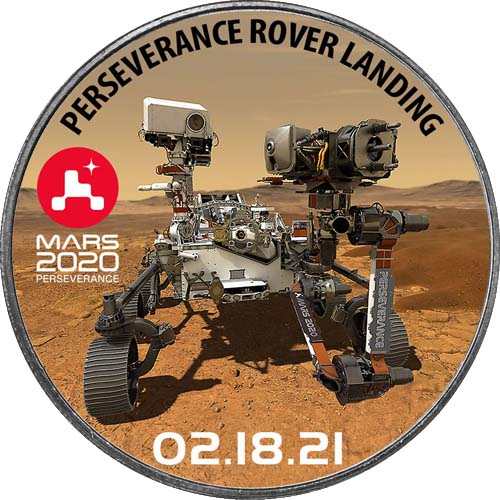 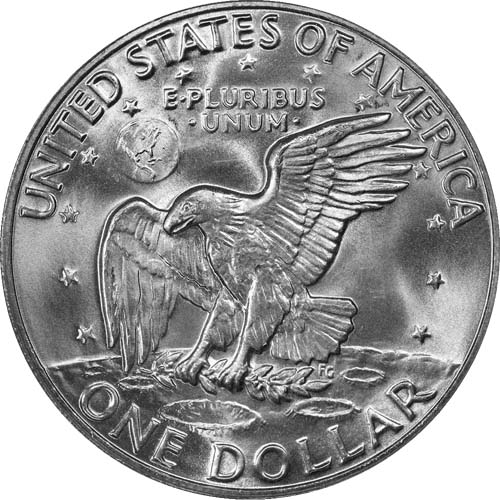 To celebrate the Mars 2020 mission’s successful landing on the Martian surface in early 2021, the Merrick Mint has issued commemorative legal tender coins with beautiful, full-color graphics overlaying the traditional image of President Dwight D. Eisenhower on US dollar coins. The Eisenhower Dollar is a fitting choice for this design as its reverse design celebrates another monumental American achievement in space that occurred a half-century earlier. Now, Eisenhower Dollar Rover Landing Legal Tender Coins are available to you for purchase online from JM Bullion.

These legal tender coins with the overlaid image of the NASA Perseverance lander on the Martian surface are perfectly paired with the Eisenhower Dollar because of the corollary between the two events. The reverse of the Eisenhower Dollar replicates the Apollo 11 mission patch from July 1969. Apollo 11 was America’s first successful venture sending human beings to another celestial body and returning them to Earth.

On the obverse of the Eisenhower Dollar Rover Landing Legal Tender Coin is a full-color depiction of the Perseverance lander on the surface of Mars. The dull shades of brown and spots of red that have made the Martian surface famous are beautifully captured in this design as mountains, dunes, and stretches of flat desert-like land stretch out into the distance behind the lander.

The reverse side of Eisenhower Dollar Rover Landing Legal Tender Coins comes with a depiction of the Apollo 11 mission patch. Used on the Eisenhower Dollar from 1971 to 1974 and 1977 to 1978, this design shows the American bald eagle landing on the surface of the Moon with an olive branch in its talons. Given the design on the reverse, these legal tender Eisenhower Dollar can only come with date marks of 1971-74 and 1977-78. The 1975-1976 issues had a bicentennial design with the Moon and the Liberty Bell to mark the nation’s 200th birthday.

Eisenhower Dollar Rover Landing Legal Tender Coins in this listing are legal tender from the United States Mint. The Merrick Mint visually enhanced the obverse, covering the effigy of President Eisenhower with the scene of the landing rover on Mars.

JM Bullion customer service can assist you at 800-276-6508 with any questions. You can also chat with us live online or email us directly.