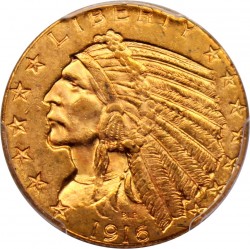 When it comes to coins that are 100 years old, a collector is often wary about purchasing simply because the condition of the coin can never be guaranteed. For this reason, you will notice collectors being particularly careful about judging the condition. Carefully analyzing every aspect of the coin, the diligent collector will be careful to pick out even the smallest signs of wear and tear.

For most, the best way to have the condition of a coin assessed is to send said piece away for grading at the hands of a professional company. Unfortunately, not everyone can afford to do this, so we have provided below a listing of the different coin grades as well as their characteristics.

Uncirculated: A coin that falls under the grade of being Uncirculated is one that spent absolutely no time being exchanged on the open market. Instead, these coins were taken from the production line and almost immediately placed into safekeeping. For collectors, the fact that these coins are almost 100 percent free of damage makes them extremely attractive.

Extremely Fine: For a coin to be given the grade of Extremely Fine, it will have only spent a short period of time on the open exchange market. While these pieces may appear to be in perfect shape, a closer look will reveal that some light signs of wear and tear are, in fact, noticeable. These coins are often a bit more affordable than Uncirculated editions.

Fine: If a coin is on the receiving end of a Fine grade, this means that the coin in question was circulated for an extended period of time, but managed to avoid incurring all that much damage along the way. While you will undoubtedly notice the smoothing of the coin’s faces, and a light layer of scratching, the overall condition of these pieces is nothing to scoff at.

Good: Good is the grade reserved for coins that have been in circulation for decades at a time. During their time exchanging hands, these coins will have suffered a lot of damage that one cannot help but notice. From deep scratching to the actual bending of the coin, these pieces have seen their better days.