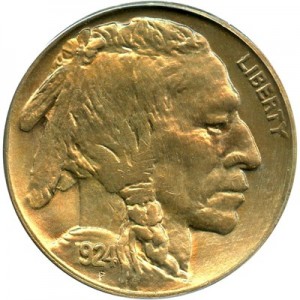 The Nickel was first introduced just after the Civil War, and has changed shape many times between then and now. The Buffalo Nickel is just one of many Nickels issued by the US Mint over the years, but is easily one of the most popular. For collectors, this coin is especially important because it was produced during an important time period of American history.

When it comes to collecting these coins, collectors always look for the coins that have been preserved through the years. Unfortunately, because these coins are closing in on being more than 100 years old they are increasingly difficult to find in great condition.

Collectors always look at the condition of a coin before they make a purchase because collectors prefer to add only the finest coins to their collection. Being almost a century old, these coins are available in any type of condition ranging from poor to great.

Under normal circumstances, the process of grading a coin is something that is done via sending the coin in the mail to a professional coin grading company. Unfortunately, not everyone has the time and money to send their coin away for grading so you can use the specifications below to determine what characteristics apply to coins of a specific grade.

Uncirculated: 1924 Buffalo Nickels that are Uncirculated have never been on the open market and were never exchanged. Because of their being kept in safekeeping throughout the entirety of their existence, these coins will be in pristine condition. Even some of the mint’s original luster will have been preserved through the years.

Extremely Fine: In Extremely Fine condition, the coin in questions will show very minimal signs of wear. Because of only a short period of time in circulation, only a small amount of wear is present on the faces of these coins. Though the mint’s original luster will have worn away over the years, the coin itself appears to be in mostly pristine condition.

Fine: Coins of this grade were circulated for a good amount of time, but did not incur much damage through the years. Moderate scratching is present, but the faces of the coin will have retained their images and some of the texture. You will also see that some of the boundaries separating the inscriptions and images from the rest of the coin have worn away due to the exchanging of hands over the years.

Good: This is the grade given to coins that have been subject to heavy circulation over the years. These coins will be complete with a lot of scratching and other signs of wear. The faces of the coin will have also been smoothed over the years simply because the coin will have traded hands hundreds of thousands of times. Much of the imagery will also be a bit difficult to make out.

If you would like to give one of these coins an accurate price, you must not look too much further than the condition of the coin. Naturally, those coins that have been preserved over the years will sell for a higher price than those coins that show a lot of wear. By referring to the chart below you can gain a better idea as to what you might pay for a 1924 Buffalo Nickel given its grade.