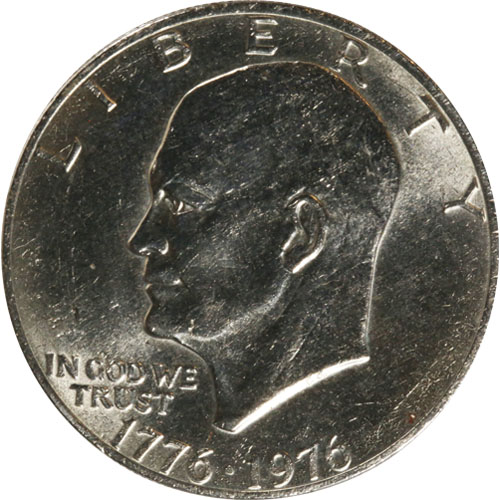 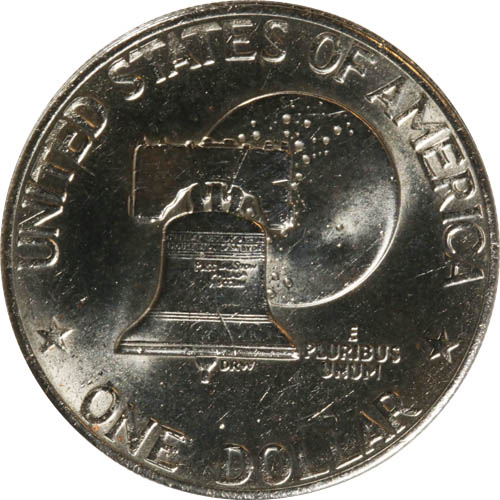 The introduction of the Eisenhower Dollar in 1971 was the first release of a US $1 coin since 1935 when the Peace Dollar program was halted. The new coins were issued with a 40% silver option not considered for circulation, as well as these Clad Eisenhower Dollars intended for use in circulation. The coins have an outer layer made of 75% copper and 25% nickel clad around a core that is 100% copper.

Obverse imagery on the Clad Eisenhower Dollars includes a left-profile portrait of President Dwight D. Eisenhower. Eisenhower was one of the most beloved figures in 20th-century America. A decorated soldier, he served as the Supreme Commander of Allied Forces in the European Theater during World War II, playing a vital role in the development of the successful D-Day landings in Normandy that turned the tide of the war. He took office following the 1952 Presidential Election, leading the United States to a ceasefire in the Korean War and one of the nations greatest economic booms during his two terms in office.

Reverse designs on Clad Eisenhower Dollars vary based on the date mark. Coins issued from 1971 to 1974 and 1977 to 1979 have the image of an American bald eagle landing on the moon, a take on the Apollo 11 mission patch. The 1975-1976 coins have the Liberty Bell in front of the Moon as a Bicentennial design to celebrate Americas 200th birthday.

Please feel free to contact us with questions about these coins. You can call us at 800-276-6508, chat with us live online, or email us directly.