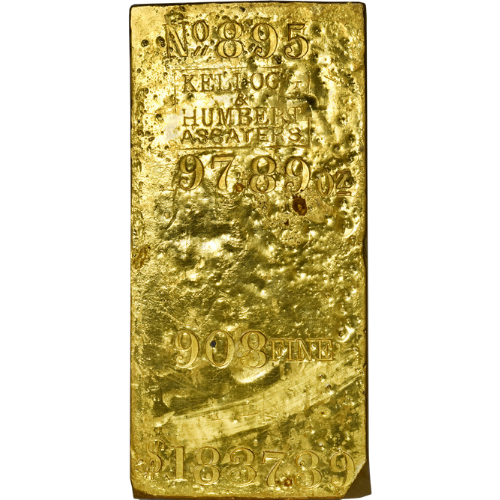 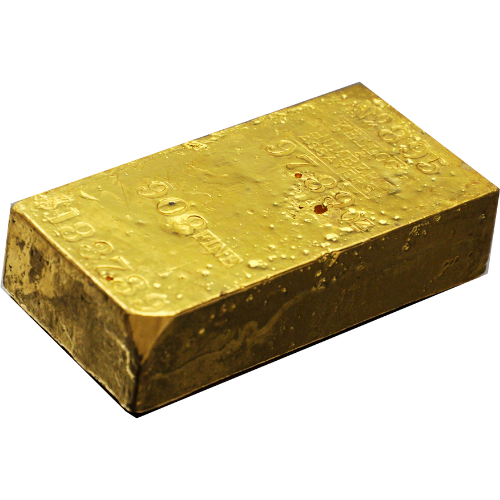 One of the most incredible tales of American gold comes back to life in the 21st century in the form of rare gold ingots from the wreck of the SS Central America. Known as Emergency Gold, the shipment of gold from California across the isthmus of Panama to New York City was meant to prop up financial institutions across the nation as the American economy slowed in late 1857. Rather than reaching its destination, the gold ingots aboard the SS Central America sank to the bottom of the Atlantic Ocean off the coast of the Carolinas just days before the scheduled arrival in New York. The shockwaves sent out by the golds loss caused the Panic of 1857. Right now, JM Bullion offers you a rare chance to transport yourself back more than a century and own a salvaged 97.89 oz SS Central America Kellogg & Humbert Assayers Gold Bar.

This JM Bullion listing offers you the chance to purchase a specific gold bar salvaged from the floor of the Atlantic Ocean and the resting place of the SS Central America. The massive gold bar weighs in at 97.89 Troy oz with a gold content of 88.88 Troy oz of .908 gold. The gold bar is housed inside of a secure plastic case, with the plastic case surrounded by foam padding inside of a strong, sturdy Pelican case that features a carrying handle.

Rewinding back to 1857, America was facing an impending financial crisis. The Ohio Life Insurance and Trust Company had stopped payments from its New York offices. Financial experts believed the company may collapse, setting off a series of dominoes that would result in a run on American banks. To avoid this, financial institutions across the nation banded together to get an emergency dispatch of gold from California to the banks in New York.

Departing from California aboard the SS Senora, this 97.89 oz Kellogg & Humbert Assayers Gold Bar was part of a cargo load that included an unbelievable 9.1 tonnes of gold. The value of the ships gold cargo was $2 million by 1857 values for the US Dollar. Gold was valued at around $20 per ounce in the 1850s, meaning the value of the SS Central America’s cargo using modern gold prices is well into the hundreds of millions of dollars.

These 97.98 oz SS Central American Kellogg & Humbert Assayers Gold Bars feature a deep, rectangular design with defined edges and thick sides. The bar has stamped inscriptions on its primary face that include the logo of Kellogg & Humbert Assayers, the true weight of the bar, the purity of the gold, the face value of $1,837.39 (1857 USD), and an individual serial number. At the very top, you will see the serial of No. 895.

The SS Senora transferred the gold in its cargo holds by rail across the isthmus of Panama to the awaiting SS Central America. The ship left Panama on September 3, 1857. Following a port call in Havana, Cuba, it steamed up the Atlantic Coast toward New York. On September 9th, trouble began brewing in the form of a hurricane. By September 11th, the SS Central America found itself battling a Category 2 hurricane off the coast of the Carolinas. Disabled by the waves and slowly sinking due to a leak in the hull, the SS Central America eventually slipped beneath the waves and was not seen again until 1988.

This JM Bullion listing offers you the chance to purchase an individual 97.89 SS Central American Gold Bar recovered from the Atlantic Ocean. There is only one bar available and when its gone, its gone. Please contact us with questions at 800-276-6508, chat with us live online, or email us directly.