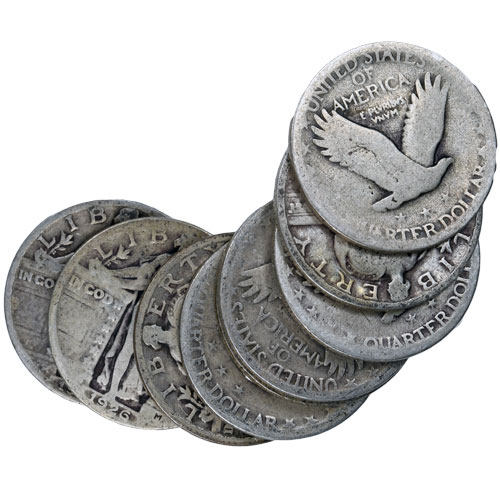 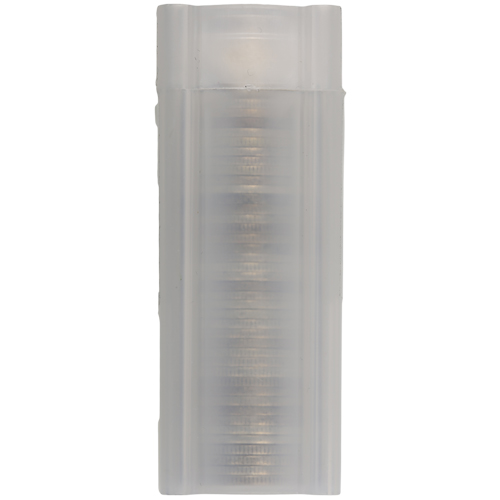 One of the most popular coin designs from American history is the Standing Liberty design that graced the US quarter from 1916 to 1932. This image was designed by Hermon Atkins MacNeil, and replaced one of the many circulation designs from US Mint Chief Engraver Charles E. Barber. Today, 90% Silver Standing Liberty Quarters are available from JM Bullion.

Each of the 90% Silver Standing Liberty Quarters in this product listing ships to you in protective plastic with a total of 40 coins, with a total face value of $10 (USD). The coins are in average circulated condition, which indicates a coin with obvious signs of wear and damage from use as a medium of exchange in regular commerce.

This design of Standing Liberty was created in 1916 at a time when the US Mint was reimagining all of its coinage imagery. Most of the nation’s circulation currency at this point in history featured images designed by US Mint Chief Engraver Charles E. Barber, including the US quarter.

Liberty was a popular figure on American currency at this time, and MacNeil’s design featured Liberty emergine from a break in a wall that had the engraving of “In God We Trust” split across the opening. His design was in use from 1916 to 1930, and was one of three major coinage designs introduced for US currency in 1916 alone.

On the obverse of all 90% Silver Standing Liberty Quarters is the image of Standing Liberty, who appears wearing her iconic robe and holding a shield in her left hand. Liberty is depicted looking toward heraldic east, in the direction of the European war (World War I) taking place at that time. Her shield also faces that direction as a symbol of her will to protect the American republic.

The reverse of all Standing Liberty quarters included the image of the American bald eagle flying through the sky with its wings outstretched. There were three minor variations on this depiction that occurred, with a 1916 issue, 1917 issue, and finally a 1917 to 1930 issue.

Please direct your questions to a JM Bullion associate at 800-276-6508. You can also connect with us online through our live chat and email features if you need assistance. View similar products on our 90% Silver page.

Phillip from MD - March 16, 2017
"Ordered 5 tubes. All coins well worn (as expected) but dates all readable except 4 or 5 I kind of had to guess at (as promised). ALL of them dated 1925 - 1930 only. You can read on Wikipedia about the problems they had with the dates wearing off of these coins before they tweaked the design for 1925. They came packaged in 5 sturdy plastic coin tubes. Yeah, I know, A.S.E.'s are probably a better "investment" but I like having some of this old junk silver, you just don't see these coins anymore. And hey, they'll always be SILVER coins!"