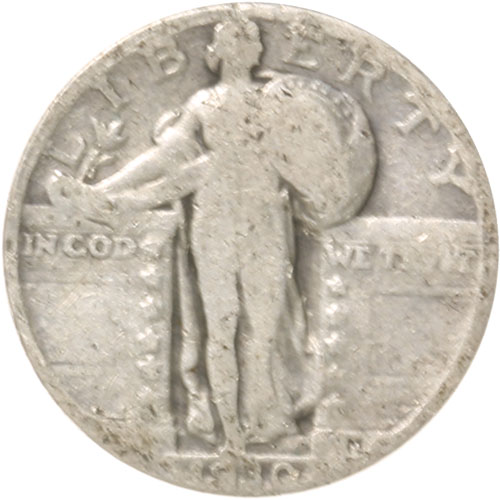 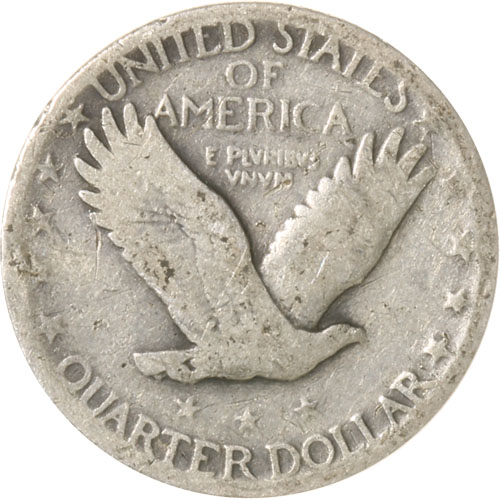 Each of the 90% Silver Standing Liberty Quarters you purchase in this product listing comes in a small bag containing a total of four coins for a combined face value of $1 (USD). All of the date marks in the Standing Liberty design series, 1916-1930, were produced when the US Mint used 90% silver content in its circulation coinage.

Please note that in this bag you are only guaranteed to receive four US quarters with 90% silver and the Standing Liberty design. We do not guarantee the date marks on the coins you receive. As such, you could receive four coins with different date marks, four with matching date marks, or various other combinations.

Standing Liberty was designed by Hermon Atkins MacNeil in 1916 during a US Mint-Treasury Department contest to acquire new designs for the US dime, quarter, and half dollar. MacNeil’s Standing Liberty was unique among the chosen images and met with lukewarm interest by Americans. After three designs were used over the course of time, the US Mint suspended the image and production of new quarters in 1930.

MacNeil’s vision of Liberty standing in the gap of a wall features on the obverse of 90% Silver Standing Liberty Quarters. She looks to heraldic east with a shield in her left hand to guard the nation against the threats of war in Europe while clutching an olive branch in her right hand.

The image of the American bald eagle on the reverse of the 90% Silver Standing Liberty Quarter was also designed by MacNeil. His depiction of the eagle shows the bird gliding in flight with its wings flexed out to the maximum point.